Fedorovsky: The failure of perestroika made me write again 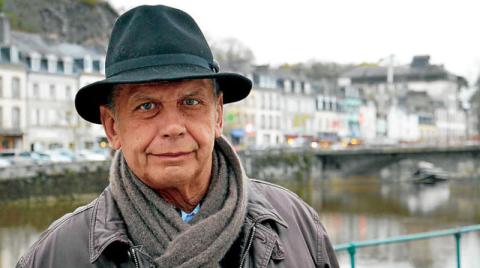 Vladimir Fedorovsky, before dedicating himself to writing in his French expatriate, held high-level political positions in his homeland, Russia from 1972 to 1991, as he worked as a cultural attaché in Mauritania, where he learned Arabic, then became a translator for the then Soviet President Leonid Brezhnev, and accompanied him on his visits to a number of From Arab countries and meeting Arab leaders.

Fedorovsky was chosen as Brezhnev’s translator for an amusing reason, in addition to the fact that he is fluent in Arabic, as he says in his interview with Asharq Al-Awsat, he speaks loudly, which the president needed because he did not hear well. He is now writing a book about this experience.

Fedorovsky then worked as an advisor to President Mikhail Gorbachev during the period of “perestroika (openness policy),” during which, he says, he lived through an exciting and eventful period until the fall of the Berlin Wall. He says that the post-communist period “was difficult and disappointed for many, which frustrated me, so I decided to leave politics and turn its page to devote myself to writing, which has been my dream since childhood.”

Fedorovsky has published more than 50 historical novels and won 14 prizes, including the Palatine Grand Prix for historical fiction for his work “Rasputin”.

Some of his novels, such as “The Magic of Saint Petersburg”, have sold more than a million copies. Most of his works, both literary and historical, glorify Russia’s historical and literary past.
…More