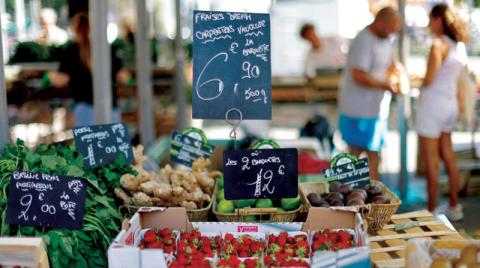 The inflation rate in the eurozone fell to 10% last November, compared to 10.6% in October, in the first decline since June 2021, according to what the Eurostat Institute announced yesterday. (Wednesday).

Inflation has been recording every month since November 2021 the highest level ever, and the situation has worsened since spring with market turmoil due to the war in Ukraine.

The inflation results coincided with Tuesday’s data, which showed that the economic sentiment index in the eurozone rebounded in November slightly more than expected, as it rose for the first time since the Russian invasion of Ukraine in February (February) amid more optimism among consumers and in the service sectors.

The European Commission said its index of economic sentiment rose to 93.7 points in November, from 92.7 in October, narrowly exceeding expectations in a Reuters poll of economists to rise to 93.5 points.

Sentiment in the manufacturing sector deteriorated to “-2.0” from “-1.2” points in October, much worse than the “-0.5” level expected by the markets, while sentiment in the services sector improved more than expected to 2.3 from 2.1 points the month before last.

Consumer optimism increased sharply, with the consumer confidence index rising to “-23.9” from “-27.5” points in October. Inflation expectations among consumers also fell sharply to 30.1 in November from 37.3 in October, and among businessmen to 40.4 from 44.8 in the previous month. But despite the positive results, former European Central Bank President Jean-Claude Trichet expressed concern about persistently high inflation in the eurozone. He said in an interview with the German news agency: «I am worried. It is necessary to control inflation again… We went through a phase in the 1970s when we lost control of inflation. We know the cost of losing control of inflation. We have to avoid that.”

And Trichet, the French, believes that the European Central Bank, which he presided over from November 2003 to October 2011, set the right path through his recent decisions, and said: “The European Central Bank has done what it had to do, and I think it will continue to do what is.” Necessary. So I am optimistic that within three years the eurozone will return to its definition of price stability.

The ECB aims for price stability in the eurozone over the medium term with inflation at 2%. Last October, consumer prices rose in the euro area, which includes 19 countries, by 10.6% on an annual basis. After a long period of hesitation, the European Central Bank approved, since last July, large increases in interest rates to cope with record high inflation. The eurozone’s key interest rate, which had been frozen at a record low of zero% for years, is now 2%. Eurozone central bank leaders announced further rate hikes. The Council of the European Central Bank will hold its next meeting on December 15.

Trichet, who celebrates his eightieth birthday on December 20, stressed that “inflation is not temporary,” stressing that the European Central Bank must be vigilant now more than ever.

Trichet believed that “it is very important to avoid a catastrophic release of inflationary pressure in Europe as well as in other advanced economies.” The US Federal Reserve and the European Central Bank, ”noting that there are many reasons for this, and he said that among these reasons is that after a period of very low inflation, the view that inflation will remain low has become entrenched. Central banks have also attached themselves to a long-term outlook for their monetary policy, which they call “forward guidance.”

And Trichet added that the European Central Bank, for example, committed itself not to return to raising the main interest rates in the euro area until after it stopped its net purchases of government bonds and other securities, “and for this reason, changing the direction by 180 degrees was difficult.”

At the same time, Trichet said that he had no doubts about central banks’ determination to curb inflation, pointing out that the Fed and the European Central Bank have proven that they are able to change course after years of highly expansionary monetary policy, which included buying billions worth of bonds.

Trichet continued, “The ECB has shown market participants, investors and savers that it takes the general pressure of inflation very seriously. The European Central Bank has shown an explicit commitment to its objective of achieving price stability in the medium term with an inflation rate of 2% in the euro area.

Trichet praised the recent historic interest rate increases in the eurozone by 75 basis points each time, and considered that these two large increases were “completely justified”. At the end of the interview, Trichet stressed that “the achievements made by the European Central Bank over a period of nearly a quarter of a century are the guarantee of the bank’s credibility and the transparency of its board of directors.”