Egypt: Mixed expectations for raising or fixing interest rates at next Thursday’s meeting 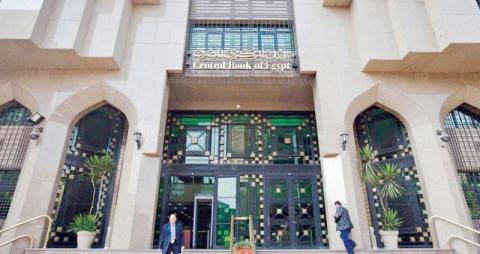 Egypt: Mixed expectations for raising or fixing interest rates at next Thursday’s meeting

The headquarters of the Central Bank of Egypt in Cairo (Reuters)

Opinions and expectations differed regarding the decision of the Monetary Policy Committee of the Central Bank of Egypt at its meeting next Thursday, between raising and stabilization, according to the current situation in Egypt and the global economic data that some see as pressing in the direction of raising, while others see it in the direction of stabilization.
The Research Department of HC Securities and Investment expected the Central Bank to raise the price by 200 basis points at its next meeting.
Monette Doss, Senior Analyst for Macroeconomics and Financial Services at HC, said in a research note that Asharq Al-Awsat obtained a copy: “Looking at Egypt’s external accounts, we believe that pressure is accumulating on the Egyptian balance of payments, including: our estimate of the current account deficit for the year Fiscal 21-22 increased by 4.8 percent of GDP, higher than the deficit of the previous year, which amounted to 4.6 percent, with the remittances of workers abroad for the month of April (April) declining by 7 percent on a monthly basis to $3.1 billion, in addition to a widening The net position of the Egyptian banking sector’s foreign currency obligations (excluding the Central Bank of Egypt) to $11.5 billion in June, and the decline in foreign currency deposits, not included in the official reserve, to $0.89 billion in July from $11.2 billion in In December, net international reserves reached $33.1 billion, covering 4.71 months of imports.
As for the sixth reason, according to Monet, it is represented in: “Egypt’s external debt repayment schedule includes the repayment of loans (excluding deposits of Gulf Cooperation Council countries) amounting to 12.1 billion dollars during the fiscal year 22-23. Accordingly, we believe that raising the interest rate by 200 basis points. Along with a 9 percent devaluation, based on our estimates, to 21.2 Egyptian pounds—a dollar needed to support the currency and combat dollarization.”
It expected inflation to average 14.2 percent over the remainder of the year, much higher than the Central Bank of Egypt’s target of 5-9 percent until the fourth quarter of 2022.
Annual inflation in Egypt accelerated to 13.6 percent in July from 13.2 percent in the previous month, and monthly inflation rose 1.3 percent, compared to a decline of 0.1 percent on a monthly basis in June, according to data published by the Central Agency for Public Mobilization and Statistics.
In its last meeting, June 23, the Central Bank of Egypt fixed the interest rate unchanged after increasing it by 300 basis points from the beginning of the year.
As for the research department of Beltone Holding Company for Financial Consultations, it expected to fix interest rates at the next CBE meeting, given the rise in Egypt’s annual general inflation in July to 13.6 percent, compared to 13.2 percent in June, but it considered it “less than expectations at 15 percent”.
“We note that inflationary pressures have been contained so far, as the change in the prices of vegetables and fruits reflected positively on general inflation levels,” Beltone explained in her research note, obtained by Asharq Al-Awsat. In addition to government efforts to expand and deepen the network of official government outlets for the distribution of basic food commodities… We expect average inflation to reach 13.7 percent in 2022, and we take into account the repercussions of the continued depreciation of the pound until the end of September.”
Beltone added, “The recent developments in inflation readings indicate that it has been contained in the same range over the past three months, which reduces the need to raise interest rates at the present time. We still see it as premature for the CBE to resume raising interest rates – in light of exchange rate changes – affected by pressures on the balance of payments despite the improvement in the trade and services balance. We expect the Central Bank of Egypt to keep interest rates at current levels during the next Monetary Policy Committee meeting, which will be held on August 18, 2022, in order to be able to better assess the course of inflation in August after the decline in the exchange rate.”