Chris Hayes – Chris Hayes: Why I Want Twitter to Live 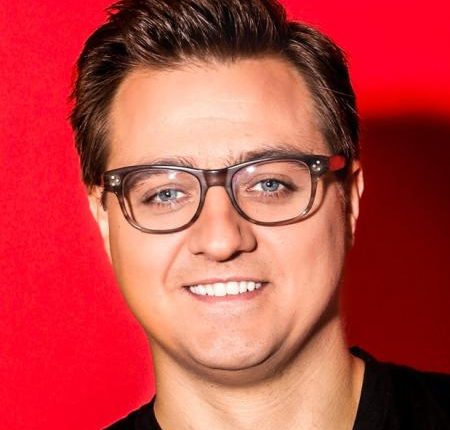 I didn’t download the archive because I thought Twitter was going to die. Even my gravest fears about Elon Musk’s ownership did not involve him nuking the entire $44 billion property in under a month. But I did not want the sole record of my microblogging output to be owned by a red-pilled billionaire going through a midlife crisis.

If Twitter survives — and I fervently hope it does — its near-death experience has revealed something fundamental about our online lives: the digital spaces of civic life, the “public town square,” as Mr. Musk deemed Twitter, has been privatized, to our collective detriment. Before Mr. Musk bought Twitter, its co-founder and former CEO Jack Dorsey said of the platform that no one should own it, that it “wants to be a public good at a protocol level.”

Twitter is where I spend a good deal of my life. That’s partly because I’m an inveterate poster and have been most of my life and also because it allows me to synthesize vast amounts of information very, very quickly. Unlike message boards that are segmented by interest (Reddit, for example), Twitter is a place where all kinds of perspectives and obscure expertise are instantly accessible and overlapping.

This can be dangerous, sure. But if you find the right people, you can be instantly brought up to speed on everything from the fluctuations in lumber prices to the maintenance problems in the Russian tank fleet to the scouting report on the Welsh goalie. For someone in my line of work, it’s indispensable.

Twitter began as a place to share mundane updates on one’s life but morphed into an arena where something akin to the global conversation was taking place. It was never particularly good at making money; Its stock price barely grew from the day it went public, and in terms of its number of global users, it never surpassed Facebook. But it came closest to executing on the core vision of what the global town square could look like.

That’s why there was so much apprehension when Mr. Musk bought the site: No one man should have all that power. In under a month, almost all of the worst fears have manifested: He has solicitously courted some of the trolls, sent advertisers fleeing in droves and cut the staff down so radically that simple functions like two-factor authentication have at times stopped working and there’s a risk it will simply break down and stop working altogether.

Mr. Musk bought Twitter because he’s a Twitter addict and, more specifically, an extremely online attention addict. On his first day at Twitter he hauled around a bathroom sink to make an obscure, very online joke likely poking fun at a certain earnest kind of Twitter user (usually a liberal) who posts something appalling but also banal and says, “Let that sink in.”

The graph of Mr. Musk’s Twitter posts over his time on the platform looks like the hockey stick graph of global temperature. He can’t stop himself. This is someone with millions of followers who is deep in the bowels of his own replies and mentions, clearly spending inordinate amounts of time looking at what people are saying about him. I can tell you from experience that this is a path to madness — though it’s a path that the design of Twitter and other social networks guides you gently down.

While obsessive users of the site love to drag it, the specter of its demise quickly changed the tone from jaded self-loathing to the heartfelt camaraderie of sitting shiva. Even though it’s been far from clear that death is imminent, sometimes the mood of Twitter changes based on some bit of news — Donald Trump getting Covid, for example — and everyone feels part of something.

Suddenly, post-sale, the site felt like a family saying its goodbyes to a beloved but deeply problematic uncle. For a time, the endless fights, insults and conflict seemed to be replaced by warm memories of the funniest, most memorable moments together. Snark gave way to earnings as people realized that something titanically important had been happening for years on the site that could never quite be replaced. “Say what you will about Elon’s management style,” the writer and podcast host Sam Adler-Bell joked, “but before he took over all you guys posted was ‘ugh another day on this hell site’ and now you’re all like ‘ ah twitter the extraordinary place where I met all my best friends, started my career, had sex for the first time.”

The dream of the early internet was to use digital technology to expand the reach of human knowledge and society. For most of human history, communities were formed within strong geographic constraints, but the internet, more than any other human technology, untethered socialization from geography. In the somewhat utopian vision of its earliest builders and users, the internet would be a place where people across every line of difference and place could find one another to build a community, to talk and debate and to pursue common interests.

But another foundational aspect of the internet turned it into a commercial juggernaut: It was a never-ending, all-you-can-eat attentional buffet. Never before had people had access to so much to pay attention to. In the hands of clever engineers and ambitious entrepreneurs, the ability to capture our attention was maximized, commodified and monetized to give us what we have now, a world of infinite scrolling and constant notifications, a slot machine in our pocket.

Mr. Musk walked into the very trap that Twitter sets for its users — dangling the promise of constant social attention. And because he also happens to be the world’s richest man, he ends up with the most expensive impulse purchase in human history. It’s fitting, in its own chaotic way.

Whatever happens to Twitter, watching Mr. Musk’s reign over it should force us to rebuild the dream of the internet’s founders of a digital commons. Because we’ve had it before, we know we can make a place to connect and learn and argue that no one person owns. We can create a collective digital life that doesn’t depend on mining every nanosecond of our attention for profit.

The world’s most successful capitalist, by at least one measure, has made the most definitive case for rejecting private ownership of the public sphere that we’ve seen in a very long time.

Let that sink in.

Lebanon: Parliamentary movement to solve the presidential crisis…and the army…

McCarthy says he sees an…