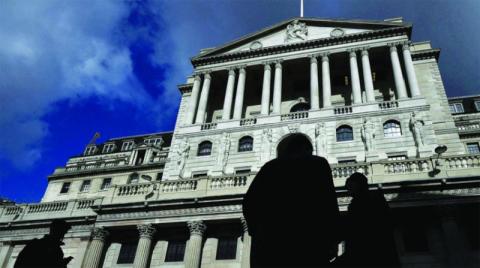 The Bank of England intervened in a rare way to protect the British economy, which is facing an unknown fate, since the announcement of the mini-budget plan, which was criticized by everyone locally and internationally, and caused unprecedented confusion represented in the deterioration of the pound sterling and the highest return on government debt in 25 years, with an imminent disaster in Mortgage.

In the face of what he called “real risks to British financial stability”, the central bank announced that it would “purchase government bonds with long maturities as of (yesterday) with the aim of returning normal conditions to the market,” explaining that this operation “will be fully funded by Treasury Department. The bank added, “The market movement has worsened since Tuesday, especially affecting long-term debt. If this market imbalance continues or worsens, it will pose a real risk to Britain’s financial stability.”

In a statement that was dominated by an unprecedented tone, according to economic experts, the International Monetary Fund strongly called on the government to correct the situation, and said: “Given the high inflationary pressures in several countries, including Britain, we do not recommend major unfunded budget measures because it is important that they do not cut Fiscal policy is the way to monetary policy. He added that “the November 23 budget provides an opportunity for the British government to re-evaluate its tax measures, especially those targeting higher revenues” and which would “increase social inequality”.
… More

Gantz: Netanyahu will lead the region to hell

10% of those arrested for Iranian protests are women

Brendan Fraser is back. But to Him, ‘I Was Never Far Away’

Trump’s company was just convicted of…