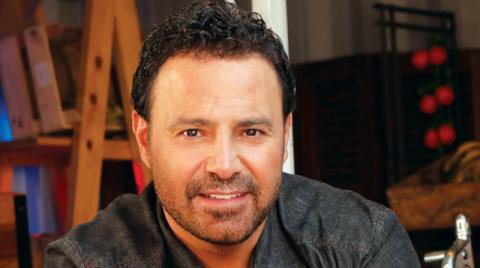 The Lebanese artist Assi El-Hellani expressed his admiration for some of the rising voices, but advised them to persevere and polish their voices. In an interview with Asharq Al-Awsat, he said that “stardom does not come suddenly, but rather requires study, perseverance and deepening in folklore and heritage.”

Al-Halani realized early on that if he wanted to penetrate all generations of listeners throughout the Arab region, he had to diversify and color. He says, “The one who does not develop is the one who does not dare to change,” noting that the Lebanese heritage color remains the closest to his heart.

Al-Halani talks about his nostalgia for the time of struggle and fatigue, despite its difficulties and challenges. Today, after more than 3 decades of success, his struggle has turned into perseverance, and he says that art for him is “more of a passion than a profession.”

Al-Hillani also points to the continuity of the path taken by his two sons, Al-Waleed and Marietta. He says, that he does not impose his opinions or tastes on them, but he watches them from afar and intervenes when the situation calls for it.

Al-Halani talks about his small family, saying that what makes him laugh and rejoice the most is his presence with his children; As for the continuity of his marriage, they attribute it to “true love” with his wife, Colette, and to the mutual respect between them.
… More