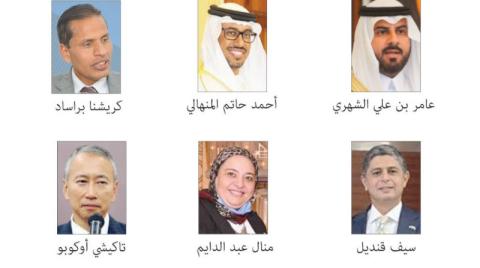 > Amer bin Ali Al-Shehri, the ambassador of the Custodian of the Two Holy Mosques to the Republic of Chad, presented his credentials as a non-resident ambassador to the Central African Republic, to President Faustin Archang Touadira, and the ambassador conveyed to the president during the reception, greetings of the Custodian of the Two Holy Mosques King Salman bin Abdulaziz, and Prince Muhammad bin Salman bin Abdulaziz, Crown Prince, Deputy Prime Minister and Minister of Defense, and their best wishes to him and to the people of his country further progress and prosperity. .

February 22, a day to commemorate the founding of the Saudi state