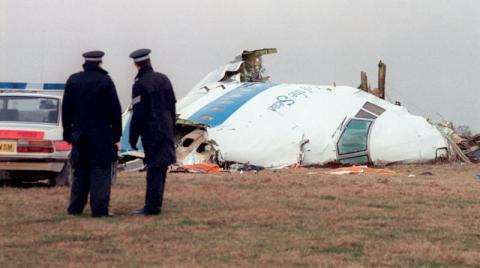 Brigadier General Masoud Abu Ajila al-Marimi, a former Libyan External Security Service (Intelligence) officer, was kidnapped by unknown persons, on the basis of allegations regarding his “role in the Lockerbie case 33 years after its occurrence,” which sparked a wide local controversy, and sparked condemnation among the media. political and legal. However, the interim Libyan unity government, headed by Abdul Hamid al-Dabaiba, ignored the kidnapping, and neither it nor its military apparatus issued any comment on it.

Local media, quoting Hussein al-Ayeb, head of the General Intelligence Service, said that the kidnapping was carried out by “a squad of unknown affiliation, without any significant coordination with the intelligence service.” Unofficial sources told Asharq Al-Awsat that “members of foreign intelligence services I participated in this operation,” which was carried out, according to local sources and the Abu Ajila family, by armed militias called “Brigade 22,” affiliated with Abdul Ghani al-Kakli, head of the Stability Support Service.

Al-Dabaiba faces widespread accusations of attempting to extradite Abu Ageila as a “scapegoat” for the United States, in return for “his government’s continuation in the power it has held for nearly two years.” An official close to Dabaiba said that the Abu-Ageila case has always been a focus of American attention during meetings that US officials held with Dabaiba during sporadic periods in recent times.
… More