A slander brought down the specter of Gaddafi’s intelligence 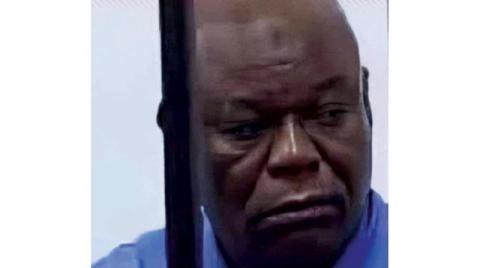 Thirty-three years after the terrorist bombing of the American Pan American plane over Scotland, American and Scottish investigators found what they wanted in Abu Ageila Masoud, a former officer in the Libyan intelligence service during the era of the late Colonel Muammar Gaddafi.

And after Abdel Hamid al-Dabaiba, head of the interim “unity” government, and his foreign minister, Naglaa al-Manqoush, announced, on various occasions, the desire to reopen the case again, the fate of Abu Ajila became unknown, as his family says that he was kidnapped by unknown gunmen.

According to Libyan sources, the kidnapping of Abu Ajila from his home took place in agreement between the security services of Al-Dabaiba and the kidnappers, who are likely to be American, to undergo the trial that remained open in the horrific accident, where the wreckage of the Pan Am 103 plane was scattered over the town of Lockerbie, Scotland in 1988, and resulted in About 270 people were killed, most of them Americans. A Libyan official told Asharq Al-Awsat that he “does not rule out that he has already left for America under strict security guard.”

According to US official papers, US investigators received information about a confession that Abu Ageila made to a Libyan official in an interview on September 12, 2012.

Abu Ajila Muhammad Masoud Khair al-Marimi worked for the Jamahiriya Security Service, which was sometimes referred to as the External Security Service (Libyan Intelligence), which was accused of carrying out terrorist acts against other countries and suppressing the activities of Libyan dissidents abroad. He held various positions, including a “technical expert” in the construction of explosive devices since 1973, and received promotions to the rank of colonel during his tenure.
…More