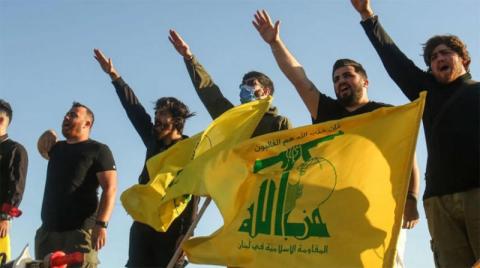 The US administration announced yesterday (Friday) that law enforcement and counter-terrorism agencies in more than 30 countries held meetings at the end of last month, under the auspices of Washington, to discuss the terrorist and criminal activities of “Hezbollah” around the world and international efforts to track them down.

And the US State Department said in a short statement that the Law Enforcement Coordination Group, which focuses on combating the terrorist and illegal activities of the Lebanese “Hezbollah”, held its ninth meeting in Europe on June 29 and 30, noting the participation of more than 30 governments from the Middle East. Central, South and Central America, Europe, Africa, India, the Pacific and North America, as well as Europol, the European Union’s law enforcement agency.

Officials from the US Departments of State, Justice and Treasury, as well as the Federal Bureau of Investigation (FBI) and the US Drug Enforcement Administration participated in the meeting.

On the other hand, Asharq Al-Awsat monitored the continuation of the trips of illegal immigration boats from the shores of northern Lebanon towards the countries of Europe, at a high rate that the people of the region and observers confirm that it is high, and was not deterred by the sinking of a boat near the shores of Tripoli last April.

Activist Omar Ibrahim told Asharq Al-Awsat that two smuggling attempts were thwarted during the past two days, in addition to recording the exit of two boats from the al-Abdah port. He added: “We did not know about the trips until after the Lebanese boats arrived at their destination in Europe.

As for the Syrians, no one knows their numbers, nor the number of boats carrying them from northern Lebanon, and they are undoubtedly large numbers.
… More