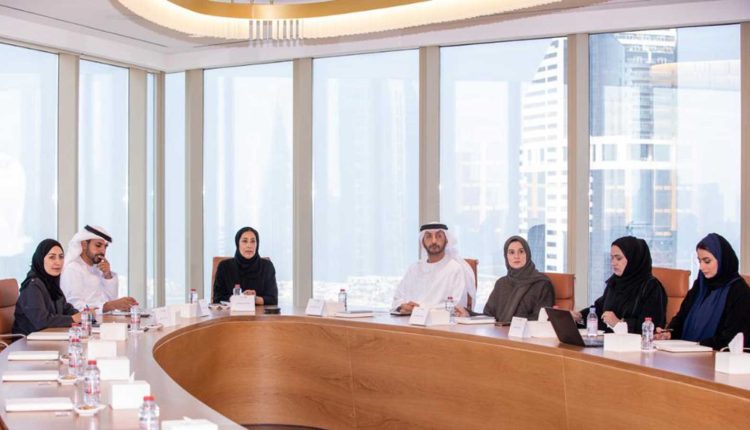 The wife of His Highness Sheikh Mansour bin Zayed Al Nahyan, Deputy Prime Minister and Minister of the Presidential Court, Her Highness Sheikha Manal bint Mohammed bin Rashid Al Maktoum, Chairperson of the Emirates Council for Gender Balance, directed the Council to intensify its efforts during the coming period to contribute effectively to the realization of “We Are the Emirates 2031”, which It was launched by His Highness Sheikh Mohammed bin Rashid Al Maktoum, Vice President and Prime Minister of the UAE and Ruler of Dubai, may God protect him, as part of the annual meetings of the UAE government on November 22 and 23, which constitute a new vision and a national action plan through which the UAE will complete its development path for the next decade. The vision of His Highness Sheikh Mohammed bin Zayed Al Nahyan, President of the State, may God protect him, for a tangible future in which all the state’s agencies participate in achieving it..

The Emirates Council for Gender Balance held its third meeting for the year 2022, chaired by Mona Ghanem Al-Marri, Vice President of the Council, during which the initiatives and achievements of the Council during the past period and the projects it intends to implement during the coming period were reviewed in order to achieve the objectives of the gender balance strategy in the UAE 2022-2026 that was launched. Last March and its focus on consolidating the country’s gains in this file, achieving its global leadership and influence, and supporting the presence of women in leadership positions and the economic sector..

A period full of achievements

Mona Al Marri said that the past three months were full of many achievements and projects implemented by the Emirates Council for Gender Balance locally and globally. The winners of the Gender Balance Index at the level of the federal government were honored in its fourth session by His Highness Sheikh Mohammed bin Rashid Al Maktoum, Deputy The President, Prime Minister and Ruler of Dubai, may God protect him, where Her Highness Sheikha Fatima bint Mubarak, Chairwoman of the General Women’s Union, President of the Supreme Council for Motherhood and Childhood, and Supreme Chairwoman of the Family Development Foundation, was honored for the Personality Supporting Gender Balance category. His Highness also honored the Ministry of Culture and Youth for the Best category. A federal entity supporting gender balance (at the level of ministries), and the Federal Authority for Identity and Nationality, Customs and Ports Security for the category of the best federal entity supporting gender balance (at the level of bodies and institutions), and His Highness honored the Ministry of Community Development for the category of best initiative to support gender balance for the initiative “workmanship”.

In preparation for the implementation of the indicator at the local government level, the Emirates Council for Gender Balance, in cooperation with the Prime Minister’s Office in the Ministry of Cabinet Affairs, organized a comprehensive workshop on “Gender Balance in the Local Government Work Environment”, in the presence of officials and representatives of the executive councils in the UAE, followed by Organizing a workshop for the Executive Council of the Emirate of Ras Al Khaimah, which will be followed by a series of other similar workshops with the rest of the executive councils in the country during the coming period to introduce the framework, categories and criteria of the gender balance index, in the framework of the keenness of Her Highness Sheikha Manal bint Mohammed bin Rashid Al Maktoum, to promote the concept of balance in The work environment and the council’s support and coordination with all government institutions and departments at the state level and achieving more local and global successes in the gender balance file.

A global partnership to enhance balance in the region

Within the framework of its global partnerships, the Emirates Gender Balance Council, in cooperation with the World Bank, launched the “Emirates Gender Balance Center for Excellence and Knowledge Exchange”, as a regional center aimed at promoting gender balance in the Middle East and North Africa region, and the two parties signed a cooperation agreement to enhance partnership between them in this regard. In particular, by conducting joint studies and assisting countries in the region to explore gender balance gaps, providing appropriate consultations to overcome challenges, and organizing technical workshops on the best gender-supporting policies at the global level, which contributes to the dissemination of knowledge and export of expertise..

Mona Al-Marri said that the center’s first efforts began with organizing a workshop for the Iraqi government to learn about the gender-responsive budget model in the UAE, its role in promoting women’s economic inclusion, and lessons learned from the country’s experience to develop an action plan for the economic empowerment of Iraqi women..

She added that the council has several projects that it will work on during the coming period in order to achieve the gender balance strategy for the UAE 2022-2026, which includes strengthening its global partnerships with organizations and institutions related to gender, and work will also be done on a project to measure the impact of laws, policies and legislative amendments that were issued during the three years. with the aim of establishing balance in the state and the extent of benefiting from it.