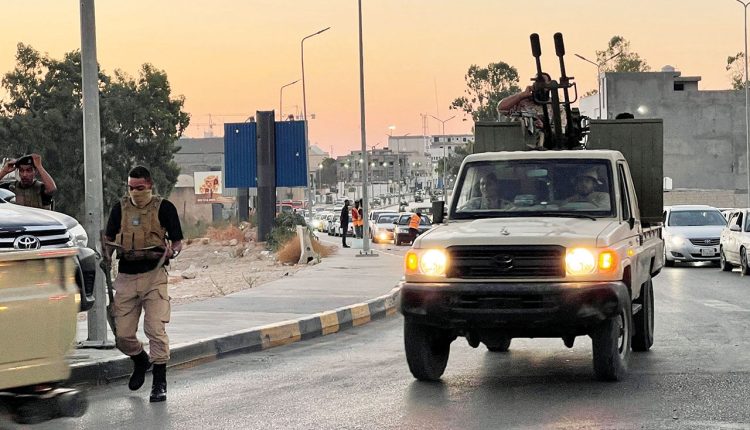 Libya is facing an unprecedented incursion of corruption that has cost it more than 600 billion dollars since 2011. Observers agree that the corruption system is working with all its might to block the path to a political solution and unify state institutions, including the military, the Central Bank of Libya and the supervisory institutions that are still Part of it is subject to the influence of militias in the western region.

While the Libyan judiciary seeks to combat the phenomenon with the available capabilities it has, the octopus of corruption seems to be capable of its tools and permeating the joints of governance, as smuggling and human trafficking networks, militias, armed groups, monopolists of bank credits, warlords and weapons seek to benefit from successive governments in achieving more interests. And the profits that resulted in the class aspiring to power in the context of an alliance of money, politics and weapons and under the cover of the Brotherhood movement, which is strongly involved in looting public money and tampering with the capabilities of the Libyan state.

According to most analysts, the recent measures taken by the Public Prosecutor open the way for the corruption to be revealed. The Public Prosecutor, Al-Siddiq Al-Sour, decided to refer the Minister of Culture of the Government of National Unity, Mabrouka Toghy Othman and other defendants, to the accusation chamber of the South Tripoli Court of First Instance, Against the background of financial and administrative corruption. Informed sources told Al-Bayan that the decision taken against the minister is an extension of the previous investigations that were behind her pretrial imprisonment in late December on suspicion of obtaining benefits in violation of the laws and regulations governing public money, and forging official documents.

Hardly one sector of the vital sectors or of the sovereign state institutions and ministries is devoid of files related to corruption, and investigations are conducted about them before the judiciary, including oil, fuel, banks, the diplomatic corps, transportation, equipment, electricity, catering and health, and from that the Public Prosecution has begun to file a public lawsuit against a number of Among the employees of the Diabetes and Endocrinology Hospital in Tripoli, based on what was stated in the communication submitted by the head of the Internal Security Agency regarding the violation by some of the hospital’s employees of legal rules surrounding public funds with criminal protection.

The Public Prosecutor’s Office stated that the Public Prosecutor, at the Anti-Corruption Prosecution in the jurisdiction of the South Tripoli Court of First Instance, took over the investigation procedures regarding the incidents of appropriating public money, neglecting its preservation and maintenance, and conspiring with others to facilitate their access to material benefits in violation of the legislation, indicating that the investigator initiated These procedures examined the relevant documents and assessed the evidence contained in the Evidence Code. Then he questioned the hospital director general, his assistant, and heads of departments, and issued an order against them for pre-trial detention as a result of their intentional practice of acts that resulted in serious harm to public money and the public interest.

Well-informed Libyan sources suggested that the coming days will witness the disclosure of a number of important files related to influential political figures, noting that the political conflict tends to influence the exposing the practices of the competitors, and the disclosure of the accusations leveled against this or that party.

Biden: Russia’s nuclear threats put humanity at risk of an “end of the…

US slaps top Iranian officials with sanctions over censorship, violence against…

Ten years of ESM: Helpful and yet often…