Lebanon .. “demarcation” is under US urgency 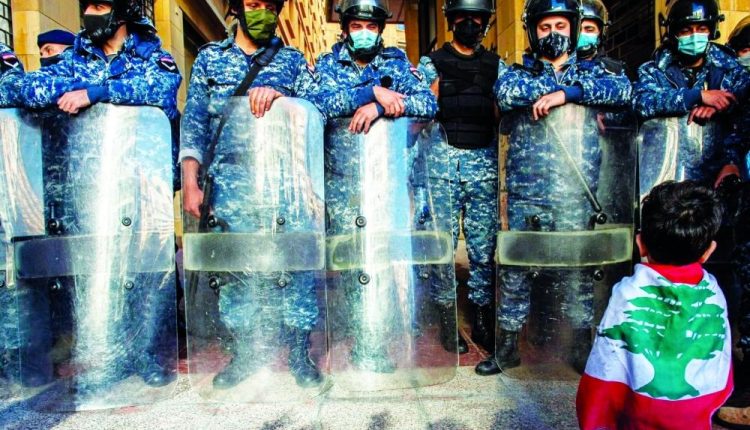 As caretaker Prime Minister Najib Mikati continues his meetings in New York, there is an internal consensus that he has succeeded in form and substance in securing an international “safety net” for his government, which is expected to be formed, in early October, as it is reported, in exchange for focusing on the necessity of completing the presidential elections on its constitutional date, and “Without slowing down,” US Secretary of State Anthony Blinken stressed after his meeting with Mikati. This coincides with the rise in positive indicators regarding the demarcation of the maritime borders between Lebanon and Israel, which means that this file has reached the last few meters of its final settlement.

As for the presidential side, it has been decided that the first month of the 60-day period will end without approaching the presidential elections during it, neither from near nor from afar, while it has become decided that Parliament Speaker Nabih Berri will initiate, at the beginning of next October, to invite a session for a session Election of the President of the Republic on a date to be determined in accordance with his constitutional powers.

Governmentally, the composition of the new government, and rather the old-new government, as asserted by political sources concerned with the authoring file of Al-Bayan, has become a very few meters from the moment of issuing its decrees. As for its formula, it lacks some “frills” that await the president-designate’s return from New York, to finalize it with President of the Republic, General Michel Aoun. This is because there is no change in the size of the government (24 ministers), nor in its essence as a technocratic government, without political or partisan ministers, while the proposed amendment may address a maximum of 4 ministers. This is in the figure. As for the content, it was said that several interventions led to a convergence of views, and a mutual waiver of the high-ceiling conditions, in the interest of forming a government. The main reason for this, according to the same sources, is limited to the atmosphere that prevailed in the recent period, in which major problems arose after the end of the term of the President of the Republic, in the event that a new president was not elected and under a caretaker government whose constitutionality and inability to assume the powers of a president were questioned. Republic.

On the other hand, the prominent data about proselytizing has grown, with the possibility of reaching an agreement very soon to demarcate the maritime borders between Lebanon and Israel, with American mediation, confirming the data available to Lebanese officials that Washington has placed the demarcation file at the forefront of its foreign priorities during this period, Anticipating even the general elections in Israel and the presidential elections in Lebanon, contrary to all other previous impressions.

On the side of the demarcation negotiations, the developments carried out by the Lebanese delegations in New York, on the sidelines of the United Nations General Assembly, and in general that things are going positively, and the draft of the American mediator in the file of demarcating the maritime borders between the two countries, Amos Hochstein, is supposed to be completed within a week, and takes into account all the demands The Lebanese “Line 23”, the entire “Qana” field, and a French commitment that Total will start drilling in the Lebanese region after the signing of the agreement.

While Lebanon is awaiting, in the near future, an official written offer to be drawn up by the American mediator, the atmosphere of the New York meetings says that this time should not exceed the end of this month.