Lavrov calls at the United Nations for a multipolar world order 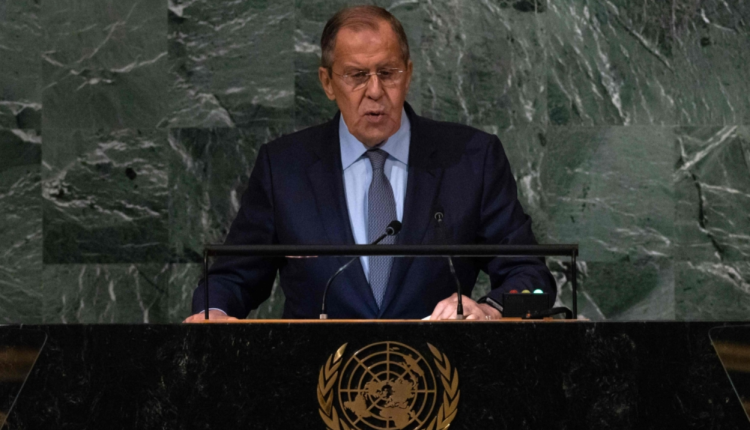 On Saturday, Russian Foreign Minister Sergei Lavrov accused the United States of “causing chaos in all the regions in which it intervened by force,” noting that “the United States has positioned itself as the leader of the world.” In his speech to the United Nations General Assembly, Lavrov said that “NATO’s insistence on military expansion reflects hostile policies,” referring to the alliance’s attempts to expand on Russia’s borders in Ukraine, Finland and others. The Dean of the Russian Foreign Ministry denounced “unprecedented hostility to Russia” and “ridiculousness” in the West, adding: “They do not hesitate to express their intention not only to inflict a military defeat on our country, but to destroy Russia.” He stated that the Western world was working to “undermine confidence in international organizations.” The foreign minister rejected “the unipolar world as a neo-colonialism,” and called for a “multipolar world order.”

On Western sanctions against his country due to the attack on Ukraine, Lavrov said that the United States and the European Union are waging an “economic war against Russia, which has caused global food prices to rise.” The danger of the repercussions of the Russian military operation in Ukraine is exacerbated by Moscow’s threat to use nuclear weapons if Russia’s territorial integrity is infringed.