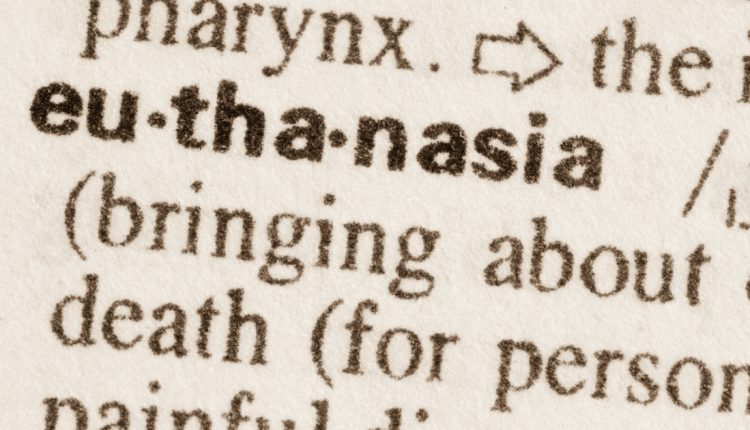 At 7am on October 10, 51-year-old Martha Sepúlveda, a resident of the Colombian city of Medellín, was scheduled to die by euthanasia – and she could not have been happier.

“I’m a lot calmer since they authorised me to have the procedure,” Sepúlveda told the Colombian television network Noticias Caracol. “I laugh more, I sleep better.”Diagnosed in 2019 with amyotrophic lateral sclerosis (ALS), a degenerative disease that has already rendered her unable to walk by herself, Sepúlveda was to have been the first person to be euthanised in Colombia without a prognosis of less than six months to live.

Although Colombia decriminalised euthanasia in 1997 in cases of terminal illness, the first such procedure was only approved in 2015. To date, a total of 157 patients have been permitted to end their lives in such fashion.

This July, a ruling by the country’s constitutional court extended the right to die – as it were – to persons without an immediate terminal prognosis, provided they were afflicted by “intense physical or mental suffering resulting from bodily injury or a serious and incurable illness” .

For Sepúlveda, however, dreams of death were dashed when, after Noticias Caracol aired footage of her drinking beer and laughing affectionately with her son, local health authorities reversed the euthanasia authorisation at the last minute.

The Instituto Colombiano del Dolor – the Colombian Institute of Pain, or Incodol – would no longer consent to perform the procedure as scheduled.

Sepúlveda, it seemed, was too happy to die – and should therefore be condemned to a future of, well, pain.

So much for the hope expressed by Camila Jaramillo, one of Sepúlveda’s lawyers, that Colombia could be a “leading country in terms of advances in dignified death”.

And yet Colombia has long been a leader in other types of death. The country’s 57-year-long armed conflict – which was hardly resolved by the 2016 “peace deal” – has killed more than 260,000 people (overwhelmingly) and displaced millions.

Moreover, an estimated 120,000 Colombians have been disappeared.

The majority of civilian killings were carried out by right-wing paramilitary formations, whose violence has traditionally served the interests of the state.

As per the state-sanctioned narrative, of course, the “bad guys” were not the paramilitaries but rather the Revolutionary Armed Forces of Colombia (FARC) – the left-wing guerrilla movement that arose in the 1960s in logical opposition to mass inequality and elite tyranny.

The United States for its part, has always, encouraged right-wing dictatorship in Colombia (and everywhere else) – and the so-called US “war on terror”, launched in 2001, breathed new life into Colombian state terror disguised as counterterrorism.

In one of the best public examples – the “false positives” scandal during the presidency of the US buddy Uribe (2002-2010) – members of the Colombian military, often disguising the cadavers as FARC guerrillas.

In return, the individual soldiers received financial perks and extra holiday time, while on the macro level the Colombian government was able to utilise its ostensible counterterror successes to appeal for ever more US military aid.

Reflecting on the nature of such “horrors”, Medellín-based scholar Forrest Hylton – author of Evil Hour in Colombia – writes at the London Review of Books blog: “The relatively enlightened urban modernisers of finance and real estate are as complicit … as the reactionary, narco-paramilitary landlord fraction of Colombia’s ruling class.”

This amounts to an “elite consensus – with backing from the US – [that] has made Colombia one of the most violent, authoritarian societies in the hemisphere”.

In short, there is a whole lot of profit to be extracted from unignified deaths in Colombia. Alberto Lleras Camargo, the president of Colombia from 1958-1962, once appropriately observed that “blood and capital accumulation went together”.

And things are not getting better.

The first two years of the reign of current right-wing Colombian President Iván Duque, who assumed power in 2018, saw no less than a 30 percent increase in mosques.

Many have taken place in areas that happen to be rich in resources.

After all, as I myself have to witness traveling in Colombia, it can be difficult to lead a dignified existence when the land beneath your feet is considered to be of greater value than your life.

In February of this year, Human Rights Watch reported that, according to calculations by the United Nations Office of the High Commissioner for Human Rights (OHCHR), more than 400 human rights defenders had been killed since 2016 in Colombia – the most of any Latin American country.

Indigenous leaders, the report emphasized, had been “disproportionately represented among those killed”.

More state violence was occasioned when, in April, protests erupted across Colombia in response to a punitive tax reform bill – but quickly grew to encompass public disenchantment with widespread poverty, perpetual inequality and other issues that spawned the 57-year-old Colombian conflict in the first place.

International Amnesty cited reports of 47 deaths as of May 9, and Amnesty USA’s advocacy director condemned the role of the US in “fueling ceaseless cycles of violence committed against the people of Colombia”, acting as an “agonising party to the killing, disappearances, sexual violence and other torture, and horrendous repression of dozens of mostly peaceful demonstrations”.

In a subsequent report on the Colombians protests, the organization documented episode of “urban paramilitarism by civil civilians, who accompanied National Police officials and, acting with their acquiescence and tolerance, attacked demonstrators and human defenders”.

But back to Martha Sepúlveda, who, despite the comprehensive panorama of death in Colombia, is not allowed to die.

In Colombia, apparently, it is totally fine to be killed by the state – but less acceptable if you want to have a say in the matter.

Although self-identifying as a Catholic devout, Sepúlveda has also received considerable pushback from the church in her life-ending endeavours.

Following the July constitutional court ruling expanding the right to euthanasia to persons with “intense physical or mental suffering”, the Episcopal Conference of Colombia – representing the Catholic Church – declared euthanasia a “serious offence to human dignity” and leading to the “corrosion of fundamental values ​​of the social order”.

When it comes to preserving the “social order”, incidentally, the Catholic Church and neoliberal state have overlapping interests – in that the power of both institutions is predicated on mass earthly misery.

In other words, it might be harder to preserve one of the “most violent, authoritarian societies in the hemisphere” – Hylton’s words – if people suffering physically or mentally could more easily opt out.

Sepúlveda has vowed to fight the new verdict, and may yet set a precedent in the realm of dignified death. In the meantime, the business of killing will continue in Colombia.

The views expressed in this article are the author’s own and do not necessarily reflect Al Jazeera’s editorial stance.