US, Mexico to discuss overhaul of drug cartel strategy 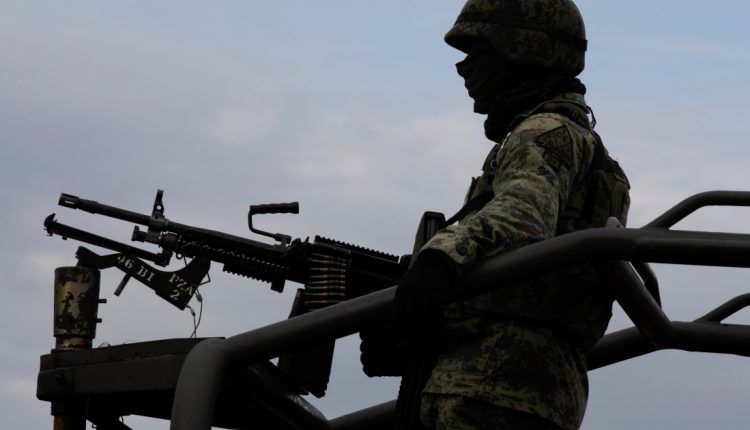 Officials set to hash out new agreement aimed at root causes of violence during US Secretary of State Mexico visit.

The United States and Mexico are set to seek a new security agreement to address drug cartel violence and other issues during US Secretary of State Antony Blinken’s trip to Mexico City.

The one-day visit on Friday comes as both countries have indicated a willingness to overhaul the 13-year-old Merida Initiative, under which the US provided military firepower, technical support and security training to address crime, particularly cartel violence.

Speaking to reporters on Thursday, State Department spokesman Ned Price said “we believe we are due for an updated look at our bilateral security cooperation.”

He added Washington wants to see the “significant gains” made by the Merida Initiative “preserved, that cooperation is deepened and that we have an updated approach that accounts for the threats of today”.

Meanwhile, more than 300,000 people have been murdered in cartel related violence since the Mexican government-the military in the war drugs in 2006.

Some experts believe the strategy of militarisation has failed because it has resulted in the fragmentation of cartels into smaller, more violent cells, while failing to stop drug trafficking.

Both Mexican officials have called for an end to the Merida Initiative, which they see as a relic of the past, and for a new agreement that focuses on development funding and other root causes of crime and migration.

Lopez Obrador, in June, said Mexico does not want a new agreement to be “like it was before when they brought us a helicopter gunship and a photo was taken of the US ambassador with the president”.

Officials from both countries have said they are in the process of developing a new framework that will take a more holistic approach to addressing crime, while tackling a broader range of issues than the previous initiative.

Worked out over the last few months, the new framework did not foresee Mexico receiving military equipment or funds, and was instead focused on information exchange, interagency cooperation and training of personnel, a Mexican official told Reuters news agency.

A senior Biden administration official, who briefed reporters on condition of anonymity on Thursday, said Washington is calling the new initiative the US-Mexico Bicentennial Framework for Security, Public Health and Safe Communities.

After Friday’s talks, Washington will develop an action plan by December 1 and then expects to have a three-year bilateral framework and plan agreed by January 30 next year, the officials said.

The agreement is also expected to focus heavily on migrant smuggling.

Foreign Minister Ebrard, meanwhile, has said Mexico will push the US to do more to stem the flow of illegal guns into Mexico and to speed extraditions requested by Mexican prosecutors under the new agreement.

The arrest took the Lopez Obrador administration by surprise, and gave fuel to Mexico’s long-standing concerns about US anti-narcotics agents impinging on its sovereignty. It prompted Mexico’s Congress to pass legislation to make it harder for US agents to work on Mexican soil.

US officials have since complained that efforts to battle powerful cartels were obstructed because of the fraying in relations, and the inability of US agents to move freely around Mexico.