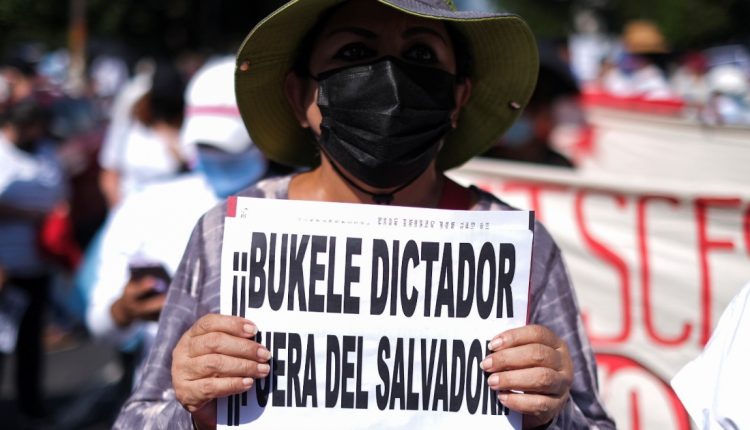 Thousands of protesters have marched in El Salvador’s capital San Salvador against the actions of President Nayib Bukele’s government, including the move to make Bitcoin legal tender in the country.

The protesters shouted slogans and carried signs reading: “Bitcoin is fraud”, “No to dictatorship”, “Democracy is not up for negotiation, it is defended” and “Enough authoritarianism”.

“People are starting to get tired of this authoritarian government, (it’s) anti-democratic,” Ricardo Navarro, the head of the environmentalist NGO Salvadoran Center for Appropriate Technology, told the AFP news agency.

“He is already taking us down a cliff with his bad ideas that are already affecting the economy with this Bitcoin.”

El Salvador, which has used the US dollar for 20 years, became the first country in the world last month to legalize Bitcoin as a national currency, which the government says will help revitalise its struggling economy.

Authorities are hoping the use of the digital cryptocurrency could help the country retain the more than $400m worth of financial fees lost when Salvadorans send remittances home from abroad.

Such payments make up about 22 percent of the country’s gross domestic product (GDP).

Members of the political opposition said their participation in Sunday’s protest was also about other policies from Bukele and his congressional allies.

“He attacked judicial independence,” Medardo Gonzalez, the former leader of the Farabundo Marti National Liberation Front party (FMLN) told AFP, referring to the recent vote to remove judges of age or who have served more than 30 years .

“That is only something a dictatorial government would do and we don’t want that in El Salvador,” Gonzalez said.

And the head of the Salvadoran Trade Union Front Wilfredo Berrios told AFP he had come to the protest to march against water privatisation, as Congress debates a law that would guarantee water access for the whole population and ban any private takeover.

Bukele downplayed the discontent, even saying the protesters had harassed bystanders who did not participate in the march.

“In just 12 seconds, they censor the freedom of expression of a senior, push a person using a mobility aid, and try to censor a media outlet,” Bukele wrote on Twitter, alongside a video showing marchers jostling in the streets. “This is our opposition.”

He also changed his Twitter profile to “Emperor of El Salvador”.

Bukele’s apparent joke with his Twitter profile follows an update last month when he changed it to say “Dictator” of El Salvador.