Infographic: Which countries still have the death penalty? 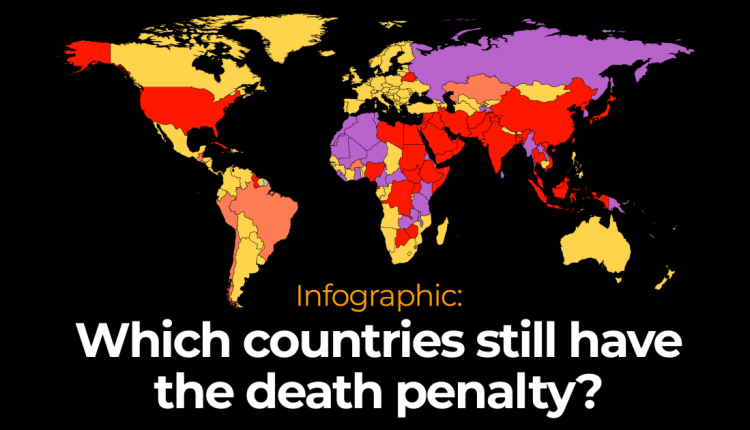 October 10 marks the World Day Against the Death Penalty. Here are three graphics explaining the punishment around the world.

October 10 marks the World Day Against the Death Penalty. The theme this year is focused on safeguarding the health and rights of women and girls around the world.

According to Amnesty International’s 2020 death penalty report, more than two-thirds of the world has now abolished the death penalty in law or practice.

Executions and sentences in 2020

At least 483 people were known to have been executed in 2020, the lowest figure that Amnesty International has recorded over the past decade. Executions in 2020 fell by 26 percent compared with 2019, when 657 were registered; and by 70 percent from the peak of 1,634 executions reported by the international human rights group in 2015.

The recorded global totals do not include the thousands of executions that Amnesty International believed were carried out in China, where data on the death penalty is classified as a state secret.

Amnesty International recorded that 16 women were among the 483 people known to have been executed in 2020. Cornell Center on the Death Penalty Worldwide estimates that at least 800 women have been executed to death around the world.

Methods of executions by country in 2020

Lethal injection is the most widely used method of execution in the United States, but some states authorize other methods, including electrocution, gas chamber, hanging and firing squad. Beheading with a sword is the predominant form of execution in Saudi Arabia.