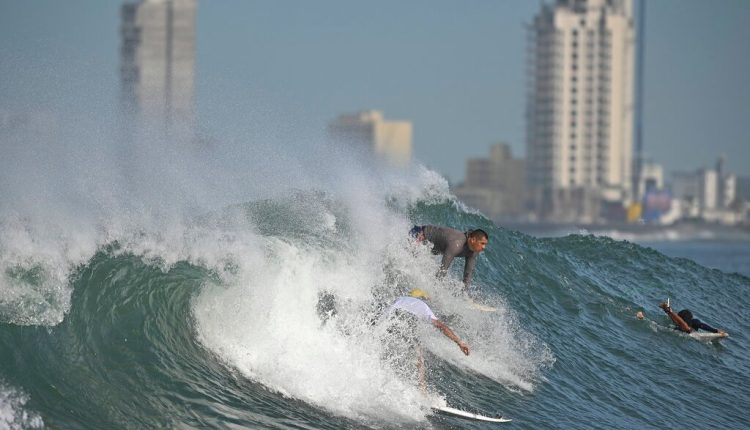 Hurricane Pamela made landfall on Mexico’s Pacific, the National Hurricane Center (NHC) in the United States reported, with a life-threatening storm surge and heavy rainfall predicted.

The storm regained hurricane strength just before it hit the coast on Wednesday morning 65 kilometers (40 miles) north of the beach resort and fishing port of Mazatlan, the NHC said.

Pamela brought maximum winds of about 120km/h (75 mph) at landfall, and was expected to quickly weaken as it moved inland. Earlier forecasts had projected a stronger storm.

The “center of Hurricane Pamela was making landfall on the west-central coast of Mexico near Estacion Dimas”, a community of about 3,600 inhabitants, the NHC reported.

The hurricane was moving northeast at 22km/h (14 mph) and remnants of the storm could approach the US state of Texas by Thursday.

The NHC, based in Miami, Florida, warned of the possibility of life-threatening storm surges, flash floods and dangerous winds around the impact area.

Authorities called on residents of rural areas to move to shelters due to the risk of flooding.

Pamela was forecast to weaken while crossing over northern Mexico and could approach the Texas border as a tropical depression by late Wednesday or Thursday.

Pamela was expected to drench Sinaloa, which is the country’s top grower of corn, Mexico’s staple grain, as well as a major producer of tomatoes and other fruits that figure prominently in the country’s agricultural exports to the US.

Rainfall of between 10 and 30 centimetres (four and 12 inches) was expected to hit both Sinaloa and the neighboring state of Durango.

“This rainfall may trigger significant and life-threatening flash flooding and mudslides,” the NHC added.

Last year, Sinaloa alone produced more than 380,000 tons of tomatoes, or nearly a fifth of Mexico’s national output and overwhelmingly destined for export, according to government data.

Because of its location, Mexico is often hit by tropical storms and hurricanes on both its Pacific and Atlantic coasts.

In August, Hurricane Nora made landfall in the Pacific state of Jalisco, killing a child and leaving one person missing. Hurricane Grace left at least 11 dead on the eastern coast of Mexico’s mainland the same month.