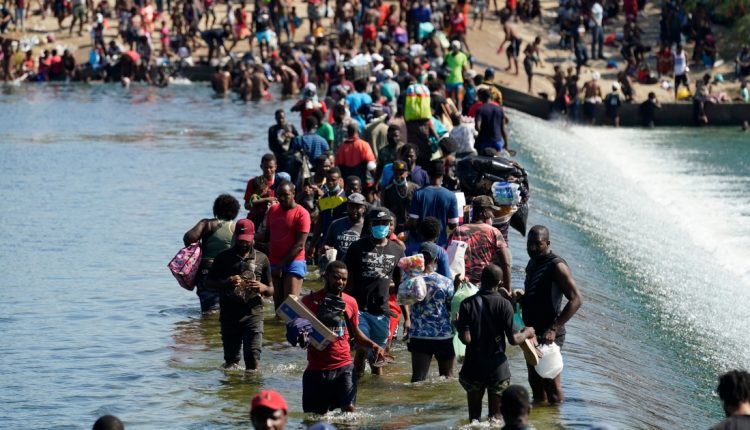 The former US envoy for Haiti, resigned last month in protest of the Biden administration’s mass deportations of Haitian migrants, has warned that sending people back to Haiti will provide conditions in the crisis-hit Caribbean nation.

At a congressional briefing on Thursday, Daniel Foote said deporting Haitian asylum seekers is “not the answer” to a recent increase in arrivals at the US’s southern border with Mexico.

“Haiti is too dangerous,” Foote told US lawmakers. “Our own diplomats cannot leave our compound in Port-au-Prince without armed guards.”

He added that the Haitian government is struggling to deliver essential services.

One of the poorest countries in the world, Haiti has been suffering from periodic natural disasters, gang violence and a longstanding political crisis made worse by the assassination of President Jovenel Moise in July.

Last month, thousands of Haitian migrants gathered on both sides of the US-Mexico border at Del Rio in southern Texas in hopes of gaining asylum in the US. But many were pushed back to Mexico by US border agents, some of whom threatened the migrants with whip-like horse reins, widespread drawing condemnation.

Invoking a public health rule known as Title 42, the Biden administration has expelled thousands on flights back to Haiti. The deportations have stirred outrage against President Joe Biden, who had promised to pursue more humane immigration policies than his predecessor Donald Trump.

In his resignation letter last month, Foote slammed US policy towards Haiti as “deeply flawed”.

“I will not be associated with the United States’ inhumane, counterproductive decision to deport thousands of Haitian refugees and illegal immigrants to Haiti,” Foote wrote.

On Thursday, the envoy former, who previously served at the US embassy in Kabul, told US lawmakers that the security situation in Haiti is comparable to the crisis in Afghanistan.

“We’re not repatiating people to Afghanistan right now,” Foote said. “And having served in both places, the security situation [in Haiti] is not that dire but it’s not far off, and we’re deporting people to Haiti.”

Haiti has been in political turmoil since armed men stormed Moise’s private residence in the capital, Port-au-Prince, on July 7 and fatally shot him.

Henry was appointed by Moise days before the assassination but did not assume office until after the president’s death. He was not the only candidate vying for the post after Moise was killed, but received the backing of the CORE Group of international diplomats, which includes the US.

Last month, US Secretary of State Antony Blinken spoke to Henry by phone and expressed his “appreciation” for the assistance the prime minister’s government provided to repatriate Haitian migrants.

But some of Haiti’s top civil society leaders, who are calling for a two-year transitional government to help stabilize the country before elections are held, have rejected Henry’s authority.

Clesca also told the Associated Press in late September that any solution to the crisis must be Haitian-led. “It is time that the international community says to us, ‘We are listening,’ rather than push down our throat somebody that they put there.”

At the congressional briefing, Foote criticised US support for the prime minister, calling on Washington to back civil society groups in Haiti to reach a political settlement.

Foote also said he does not believe Henry’s government would survive without US support.

“I hope that our administration will stop imposing Ariel Henry on the Haitian people because I believe they [Haitians] are very close to an agreement if they don’t have to include the Ariel government, which is seen as an extension of the Moise government, which is perceived as completely corrupted,” Foote said.