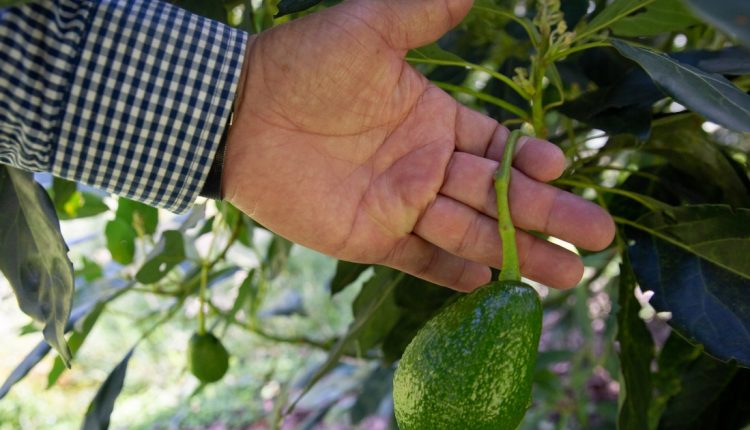 Sonson, Colombia – Coffee farming was the economic lifeblood of Riobardo Zapata’s family for generations until the industry seemed to dissolve around him. Extreme weather that scientists attribute to climate change – including extended droughts and heavy rains – began to ravage harvests over the past decade, jeopardizing the fate of the little bean that helped put Colombia on the map and the livelihoods of the farmers who cultivate it.

Unstable market prices, meanwhile, left 56-year-old Zapata subsisting during the best of crop seasons and sinking into debt during the worst.

“I’d have to be taking money out from banks all the time. I couldn’t afford food or lots of basic necessities,” Zapata told Al Jazeera.

But seven years ago, an “avocado boom” swept across the South American country, prompted by skyrocketing global demand and prices for the fruit.

The boom transformed regions like Zapata’s, turning the forest-cloaked Andean mountains surrounding his small town into avocado farms that stretch as far as the eye can see.

Zapata was among countless Colombians who cashed in, ditting their crops for the lucrative “green gold”.

“All my life, my family, my grandparents, my parents, everyone grew coffee,” Zapata said. “But now, coffee is disappearing and avocado is taking its place.”

Yet scientists warn that the overcultivation of the fruit poses an environmental threat in one of the most biologically diverse regions of the world, especially as climate conditions grow more extreme.

The avocado’s rapid expansion in Colombia began in 2014 when farmers exported 1,408 tons of Hass avocado. The industry has since exploded, reaching a record high of 544,933 tons in 2020, Colombian government figures show.

The green fruit is exported to the United States, Europe and Asia. Today, Colombia is the third-largest avocado exporter in the world and the biggest exporter to Europe.

The boom has completely transformed in rural swaths of Colombia, explained Joaquin Guillermo Ramirez, a researcher at Colombia’s National University investigating the ripple effects of the trade.

“Now, they get a fair wage, health insurance, a pension, and their families get all the social services they need,” Ramirez told Al Jazeera. “That’s been fundamental for the quality of life in avocado-growing regions.”

In other regions of the world such as East Africa and Nigeria, farmers have hailed the crop as an antidote to poverty.

But what Ramirez described as “totally disorganised growth” has led to a number of concerning knock-on effects as farmers begin to cultivate the fruit in areas outside their ideal climate conditions.

“More and more, we’re taking [the avocado] to more extreme areas,” Ramirez said. “And in those zones, they require more resources … it’s going to affect the environment more and you’re going to be affecting other species.”

The fruit is already a big consumer of resources. It takes about 283 liters of water to produce one kilogram of avocados in Chile, according to the Netherlands-based non-profit Water Footprint Network. That’s four times what is needed to produce a kilo of oranges and 10 times what’s required for tomatoes.

As the avocado expands further from the natural cold-weather environment in which it typically grows, farmers will have to use greater quantities of water to cultivate it and potentially damaging chemicals to control pests, Ramirez said.

In Sonson, the conflict between foreign avocado companies and environmental concerns has come to a head, said Christian Camilo Perez, an environmental engineer with the local mayor’s office.

On a recent day in late August, Perez climbed up the steep side of a mountain overlooking his small town in plastic mud boots that reached his knees. The path he walked led up to a nature reserve protecting two highly biologically diverse ecosystems: the bosque andino, or cold weather forest, which is key to mitigating climate change; and the paramo, high-altitude wetlands that act as a crucial water source for much of the region.

Perez paused on the side of the mountain, squinted and pointed to a patch of avocado trees high on the hillside.

“That’s one of the companies that’s given us the biggest problem,” Perez explained.

In recent years, Chilean and Peruvian companies cultivating avocados have climbed higher and higher into the Andes and their sensitive ecosystems.

By growing avocados higher in the mountains, the companies delay the harvesting dates of their crops past the standard avocado season, Perez explained, raking in greater profits on the global market when supply is lower.

Farmers and local officials also told Al Jazeera that other avocado producers have cut and burned down trees in the surrounding mountains to clear land for their crops.

In other regions of Colombia, namely the country’s coffee-growing region, avocado farming has contaminated water supplies and fueled deforestation, communities say. This has included chopping down Colombia’s endangered wax palm, something that could have repercussions for other vulnerable species like the yellow-eared parrot, which depends on the tree to survive.

Ramirez, the avocado researcher, said if the plant continues to expand, it will affect wildlife, important biological corridors and water supplies for the region.

Environmental conflicts with avocado production have arisen across the world.

The most extreme example lies in Mexico, the world’s largest producer of the fruit, where research shows rising avocado prices have contributed to illegal deforestation. Drug cartels have also used avocado and lemon plantations as part of their money-laundering efforts in parts of the country.

In Chile, which has long suffered extensive droughts caused by climate change, the United Nations has expressed concerns about avocado growers’ water use.

In Colombia, the avocado industry seems only set to grow. Small-scale avocado growers, experts and coffee producers express concerns to Al Jazeera about what that may mean, especially as the climate crisis continues to push weather conditions to new extremes.

“We don’t know what we’re going to do,” Rodriguez told Al Jazeera. “We’re honestly not prepared for the economy to change this way. We don’t even have a plan for, ‘Well, what do we do if we can’t produce?’.”

Rodriguez said she has seen a massive swarm of mosquitos cloak her farm, something a biologist told her was likely caused by the chemicals used by the avocado farm that recently popped up on the hill overlooking her coffee crops. She said she and other small-scale farmers worry about how the industry will impact the local resources they depend on for their coffee cultivation.

“If [avocado] continues to grow like it has, well, resources have the tendency to run out,” she said.

Meanwhile, in Sonson, Ramirez, the researcher, and Perez, the local official, forecast that the climate crisis will prompt longer droughts in a normally rainy region.

Perez said this would likely mean that avocado growers will have to consume water from the sensitive paramo ecosystem to sustain their trees.

Even Zapata, the avocado farmer, said local growers fret about what that could mean long term.

“We worry that down the line, it’s going to affect the environment or the water,” he explained as he sat in a cafe in the center of town.

“You don’t feel the change in the moment because the economic situation gets better, so you’re happy,” he reflected. “But after, you don’t know what could happen down the line.”