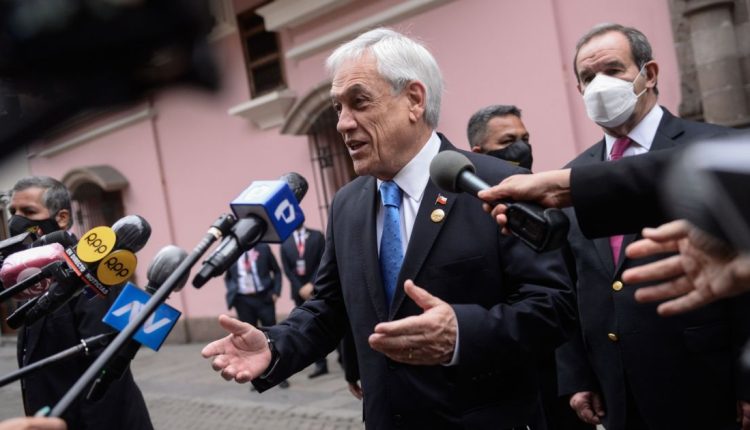 Papers gave details about a 2010 stake sale by Sebastian Pinera’s family in a mining project that located objected to.

Chile’s public prosecutor has said it will investigate the sale of a mining project involving the family of President Sebastian Pinera after new details emerged about the transaction in the Pandora Papers leak.

The Pandora Papers are a cache of leaked documents that The International Consortium of Investigative Journalists says reveal offshore transactions involving global political and business figures. Among them are documents that appear to outline a 2010 deal involving the stake sale by Pinera’s family in the Dominga mining project, a spraling copper and iron project that had long said would cause undue environmental harm.

Pinera earlier this week rejected the claims and said he transferred management of his investments to a blind trust in 2009, before his first term as president from 2010 to 2014. The investor-turned-politician said he was not informed of the sale, adding that he was acquitted in 2017 in the same case.

Herrera said the new investigation would look more closely at the specifics of the deal related to Dominga, noting that the contract, signed in the British Virgin Islands, was not in the original case file, although a pre-agreement that outlined the conditions had been available to prosecutors previously.

The document included a clause that a pending payment would depend on the project’s surrounds not having any zoning changes such as being included in a nature reserve. The project is near an island that harbors a rare penguin species as well as whale populations, with environmentalists pushing for years to declare it a protected area.

The investigation will determine if the leaks include new information on the deal’s terms that could constitute a crime.

Earlier on Friday, a court in Santiago said it would admit a separate criminal case against Pinera.

Opposition lawmakers in Chile have said they will seek to launch impeachment hearings against Pinera over the Dominga case and the latest revelations.