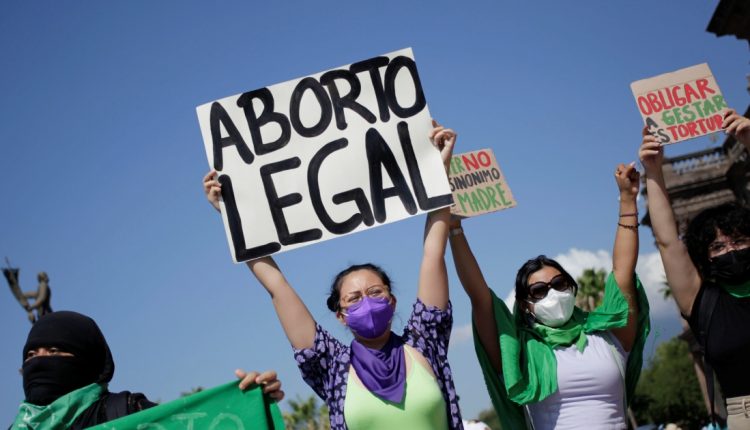 Chile’s lower house of Congress has approved a plan to debate a bill that would expand women’s access to legal abortions, a “first step” that could see the country join a small but growing list of Latin American countries that are easing restrictions on the procedure.

Despite opposition from Chile’s centre-right government, the nation’s Chamber of Deputies on Tuesday passed the motion with 75 votes in favor versus 68 against, with two abstentions.

The bill, which proposes legalizing the termination of a pregnancy up to 14 weeks, will now move forward, but it still faces a lengthy process before it can become law.

“We are happy and excited because we have taken a tremendous step, which we did not expect, to be honest, in terms of the rights of women,” said lawmaker Maite Orsini, one of the promoters of the legislation.

“This is a first step and we are not going to stop fighting until abortion is legal, free and safe for all women in Chile.”

Chile lifted its outright ban on abortions in 2017, legalizing it in cases in which a woman’s life is in danger, when a fetus is unviable, or when the pregnancy resulted from rape.

But these scenarios account for only about three percent of the thousands of clandestine abortions taking place in the country, according to.

Monica Zalaquett, the minister of women’s affairs, said on Tuesday that the “government will always protect life, from its conception” and that “no woman in Chile is serving” jail time for having an abortion.

The bill must now be reviewed by the body’s Commission for Women and Gender Equity and then be voted on again in the Chamber of Deputies before moving up to the Senate. It was submitted in 2018 by opposition members of Congress.

Chile holds general elections on November 21 and is also in the process of drafting a new constitution to replace the old military-era charter.

“This is for all the women … who have been persecuted and criminalised,” tweeted Communist politician Camila Vallejo, one of the authors of the bill.

“Down with the patriarchy which will fall, will fall!” she added. “Up with feminism, which will win, will win!”

In recent months, several countries across largely conservative Latin America have taken steps to decriminalise abortion, including Argentina, which in late December legalised the procedure up to the 14th week of pregnancy.

Argentina’s move set the tone for a growing shift in the region, where calls for greater reproductive rights for women are spreading.

In El Salvador on Tuesday, large crowds of people waving green flags marched through the capital, San Salvador, to demand the country loosen its abortion laws – which are some of the strictest in the world and prohibit the procedure even in cases of rape or when the mother’s life is at risk.

Holding up banners saying “it’s our right to decide” and “legal abortion, safe and free”, the mostly-women protesters met as part of the “International Safe Abortion Day” being marked around the globe.

“We are asking for minimum measures to add to the Penal Code to guarantee the life and integrity of women,” Morena Herrera, a prominent Salvadoran feminist, told reporters.

Currently, across Latin America, abortion is legal only in Uruguay, Cuba and Guyana, as well as in Mexico City and three Mexican states.

But an Ecuadorian court decriminalized abortion in cases of rape in April, while earlier this month, Mexico’s Supreme Court ruled that penalising abortion was unconstitutional. Hundreds of mainly poor Mexican women have been prosecuted for abortions, and at least several dozen remain jailed.

Abortion is banned in El Salvador, Honduras, Nicaragua, the Dominican Republic and Haiti, while most other countries allow it only for medical reasons or in case of rape.