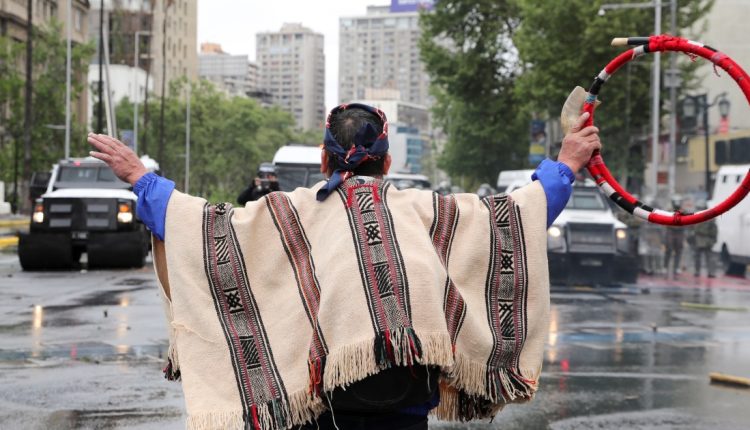 Chilean President Sebastian Pinera has announced a state of emergency and partnership divisions to two southern regions where have broken out between Mapuche Indigenous people and security forces.

The Mapuche are demanding the restoration of their ancestral lands and self-determination.

“We have decided to call a state of exception” in the four provinces of the southern regions of Biobio and Araucania and the deployment of troops to help control “the serious disturbance of public order” there, Pinera said in a speech on Tuesday.

The 71-year-old leader said the four provinces in question have seen “repeated acts of violence linked to drug-trafficking, terrorism and organized crime committed by armed groups” and that innocent civilians and police officers have been killed in the violence.

The Mapuche are the largest Indigenous group in Chile. They number about 1.7 million out of the country’s 19-million population and live mainly in the south.

Their leaders are demanding that land currently owned by farms and logging companies be restored to them.

The lack of a solution to their demands has prompted armed groups to carry out attacks on trucks and private property over the last 10 years.

One person was killed and 17 injured on Sunday when a crash broke out in the capital, Santiago, between security forces and protesters marching for Mapuche autonomy. The event was marking the Dia de La Raza, formerly known as Columbus Day.

Al Jazeera’s Lucia Newman, reporting from Santiago, said armed Mapuche groups “have become more and more bold” over the past few months, “carrying out acts of arson, sabotage, [and] taking over land.”

“The president has been under tremendous pressure for months now from conservatives within his own party, and other groups including truck drivers, to call a stage of siege in the Araucania, but he has been reluctant to do so until now,” Newman said.

The conflict in the Araucania region has been intensifying, she added, “and many would say that the Chilean state has actually lost control of much of that region”.

The state of exception is initially due to the last two weeks in the provinces of Biobio and Arauco in the Biobio region, and in Malleco and Cautin in Araucania.

“Today we are living in a very complex situation where the police are overwhelmed by groups with heavy caliber weapons,” Luciano Rivas, the ruling party’s governor of Araucania, told CNN Chile, backing the troop deployment. Rivas said there was “a very deep security crisis” in the area.

But political analyst Lucia Dammert criticizing Pinera’s decision, telling the AFP news agency that the deployment of troops risks out the conflict and could lead to “an escalation of violence”.

“The government has been unable to generate an effective and fair policy to solve the problems that exist in Araucania,” said Dammert, a professor at the University of Santiago.