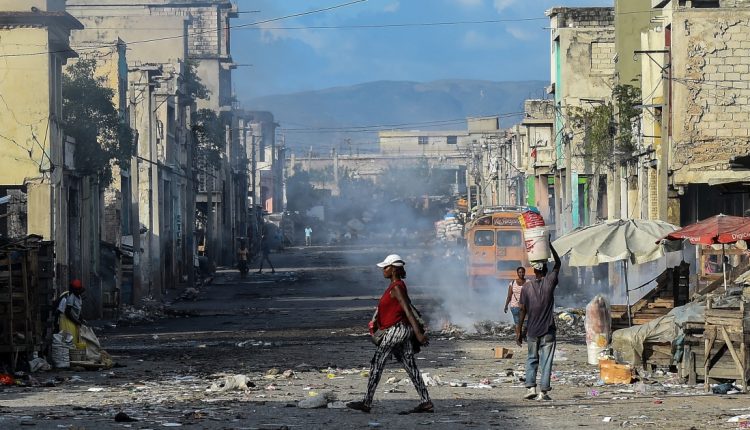 Group was leaving an orphanage in Port-au-prince when they were abducted, say media reports.

A group of 17 Christian missionaries from the United States, including children, have been kidnapped by gang members in Haiti’s capital, according to media reports.

The New York Times, citing security officials in Port-au-Prince, said the missionaries were abducted from a bus on Saturday.

The group was leaving an orphanage and was headed to the airport to drop off some of its members, the report said.

The AFP news agency, also citing a security source, said the group being held by an armed gang which for months has been engaged in theft and kidnappings in the area between Port-au-Prince and the border with the Dominican Republic.

The Associated Press said the US-based Christian Aid Ministries had sent a message to various religious missions saying the abducted group had been building an orphanage in Haiti.

“This is a special prayer alert,” the one-minute message said, according to the AP. “Pray that the gang members would come to repentance.”

No other details were immediately available.

A US government spokesperson said they were aware of the reports on the kidnapping.

“The welfare and safety of US citizens abroad is one of the highest priorities of the Department of State,” the spokesperson said, declining further comment.

Haiti is once again struggling with a spike in gang-related kidnappings that had diminished after President Jovenel Moise was fatally shot at his private residence on July 7, and following a 7.2-magnitude earthquake that struck west Haiti in August and killed more than 2,200 people .

Gangs have demanded ransoms ranging from thousands of dollars to more than $1m, according to authorities.

Last month, a deacon was killed in front of a church in Port-au-Prince and his wife was kidnapped.

More than 600 kidnappings were recorded in the first three quarters of 2021, compared with 231 over the same period last year, according to the Center for Analysis and Research in Human Rights, a civil society group based in the Haitian capital.