International pressure to save Yemen peace from Houthi escalation 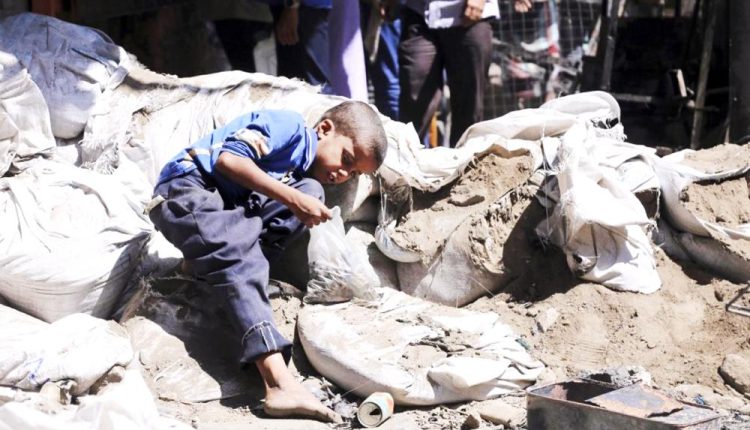 The chances of peace are diminishing day by day due to the intransigence of the Houthis and their rejection of the UN envoy’s proposals to extend and extend the truce that has held for six months. With this situation, there are increasing indications of a resurgence of fighting and the loss of millions of Yemenis of the gains that were made for them during the months of the armistice after seven years of fighting.

About a week after the end of the truce and the attempt by international and regional mediators to extend it, but the Houthis adhered to their conditions, which were described as extreme and the mediators confirmed the impossibility of accepting them, most of the doors were closed to peace efforts, and the Houthis’ language came with it to return to fighting if the government and the international community rejected the demand to pay the salaries of their fighters and give them a percentage of oil revenues. Meanwhile, UN envoy Hans Grundburg continues his last attempt to dissuade the Houthis from their positions and persuade them to accept his plan.

The latest attempt by the United Nations envoy was accompanied by the Houthi leaders’ threat to return to war and their assertion that millions of Yemenis have the option of accepting the government on their terms or the return of fighting. Their threats affected the international trade movement in the Red Sea and the Bab al-Mandab Strait.

In contrast to these positions, the Presidential Command Council reaffirmed its adherence and the government to a just, comprehensive and sustainable peace approach that meets the aspirations of the Yemeni people in restoring state institutions and ending the coup, but it expressed its deep regret that the efforts of the United Nations Special Envoy to extend the armistice faltered, due to the intransigence of the Houthis, and their persistence in shedding more of bloodshed, exacerbating the world’s worst humanitarian crisis.

While the Presidential Council praised the positions and unity of the international community on the Yemeni issue, it considered that this position was not enough, and expressed its astonishment at the justifications provided by the Houthi leaders for withdrawing from the armistice agreement.

The meeting held the Houthis responsible for neglecting the great benefits that the truce brought to the population in its areas of control, and as the Council deplored the threats launched by Houthi leaders against national sovereign institutions, neighboring countries, and international shipping lines, the Presidential Council affirmed the state’s commitment to defending the country’s higher interests, and deterring any hostile escalation.

According to political sources, the decisive international position in the face of the Houthi demands related to the payment of salaries to the military as well as civil servants may push towards overcoming this obstacle through the existing contacts today, considering it impossible and unacceptable demands that aim to thwart peace efforts, but the movements on the ground indicate the intentions of a new escalation. Sporadic clashes took place in a number of locations on the line of contact towards the borders of Lahj governorate with Al Bayda governorate and towards Taiz governorate. The Houthis also targeted government forces’ positions in the north of Al Dhale’ governorate and west of Taiz.

She warned that the war had killed tens of thousands, paralyzed infrastructure and pushed more than 80 percent of the population below the poverty line.