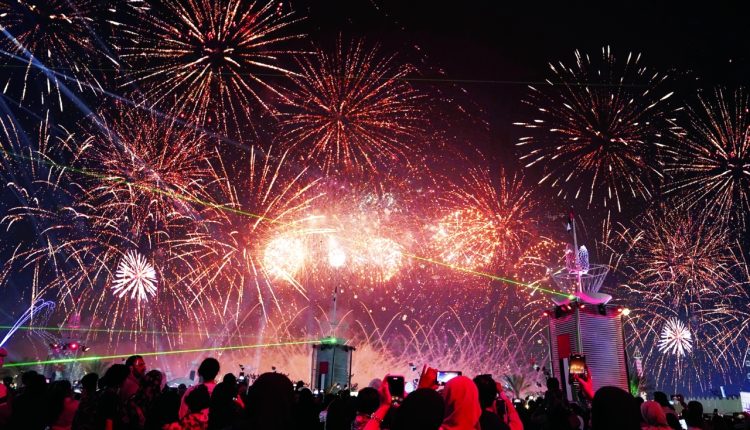 Where DEWA celebrated with the various segments of society the 51st Federation Day of the UAE, in a festive atmosphere on this precious national occasion.

The authority organized a number of visits to public and private educational facilities, and the students participated in their celebrations during the morning assembly and flag raising in a patriotic atmosphere full of the spirit of belonging. of students and faculty members.

The authority also organized a virtual visit, in which 30 educational facilities participated, targeting 4,200 students, to the Etihad Museum, to introduce them to the Union’s march and its immortal stations, through interactive exhibitions and educational programs that the museum abounds with.

Sheikh Khalid bin Saqr bin Humaid Al Qasimi, Chairman of the Board of Directors of the Ras Al Khaimah Foundation for the Holy Qur’an and its Sciences, witnessed the national forum held by the Ras Al Khaimah Holy Qur’an Award to celebrate the 51st Union Day of the UAE, as part of the award’s agenda of various programs and activities, which are held under the slogan “Loyalty and Loyalty.” The ceremony was attended by Ahmed Mohammed Al Shehhi, Director General of the Foundation.

and Dr. Ahmed Ibrahim Suba’an, Secretary General of the Award and Chairman of the Supreme Organizing Committee, where the ceremony began with the national anthem of the UAE and the recitation of fragrant verses from the Holy Quran and various paragraphs that included poems, heritage paragraphs, questions, raffles and gifts for the audience, which met with interaction and joy in the hearts of the attendees.

The Sheikh Zayed Grand Mosque Center celebrated the 51st Federation Day of the UAE, as part of the country’s celebrations of this national occasion, through a number of events, which were attended by the center’s employees and mosque goers from different cultures participated in, in an image that expressed the noble values ​​of the UAE society, and the mosque’s preaching message. For cultural dialogue and communication with everyone.

Where the center allocated an area for national projects organized by a number of youth of the country, which expressed the Emirati identity, through a variety of exhibits and Emirati foods, through which the mosque’s visitors learned about an aspect of the country’s original cultural heritage.

On the occasion of the Union Day, the Ministry of Community Development, in cooperation with the Al-Futtaim Group (Al-Futtaim Malls), organized an exhibition and competition for Emirati productive families, at the Festival Plaza in Dubai, within the framework of a memorandum of understanding signed by the Ministry and the group earlier, with the aim of empowering Emirati productive families and encouraging them by providing entrepreneurial opportunities. Business, starting from the commercial centers.

The exhibition was launched last Wednesday and will continue until December 6, as it opens its doors to visitors and shoppers for 6 days at the Festival Plaza in Dubai, from ten in the morning until ten in the evening. The exhibition brings together 15 productive Emirati families registered in the Ministry’s “Al-Sana” project, which were selected after a competition was organized to determine the families eligible to participate in the exhibition, which enhances the spirit of competition.

Khaled Jassim Al Midfa, Chairman of the Emirate of Sharjah Committee for the celebrations of the Union Day, expressed his sincere thanks and gratitude to the Executive Council of the Emirate of Sharjah, headed by His Highness Sheikh Sultan bin Mohammed bin Sultan Al Qasimi, Crown Prince and Deputy Ruler of Sharjah, for its sponsorship and support for the celebrations of the fifty-first Union Day, and thanked the members of The committee and municipal councils in the emirate for their efforts and follow-up to make the events and celebrations a success in all parts of the emirate.

Pointing out that the celebrations were distinguished and full of events and activities, which numbered more than 200, focused on presenting the achievements, history and heritage of the UAE, with innovative artistic and creative templates.

The Abu Dhabi Center for Technical and Vocational Education and Training organized a variety of enthusiastic celebrations on the occasion of the 51st Union Day of the UAE, which included the Fatima College of Health Sciences, Abu Dhabi Polytechnic, and applied technology high schools located in all regions of the country.

The launch of the celebrations came from the Innovation Park of Abu Dhabi Technical Center in Mohammed bin Zayed City, Abu Dhabi, in the presence of Dr. Mubarak Saeed Al Shamsi, Director General of the Abu Dhabi Center for Technical and Vocational Education and Training.

In the presence of a large audience, the Sheikh Zayed Festival began the day before yesterday, the activities and activities of celebrating the “51st Union Day”, which embodied pride in the achievements made since the founding of the state, until the UAE became one of the most prominent and advanced countries in many fields. 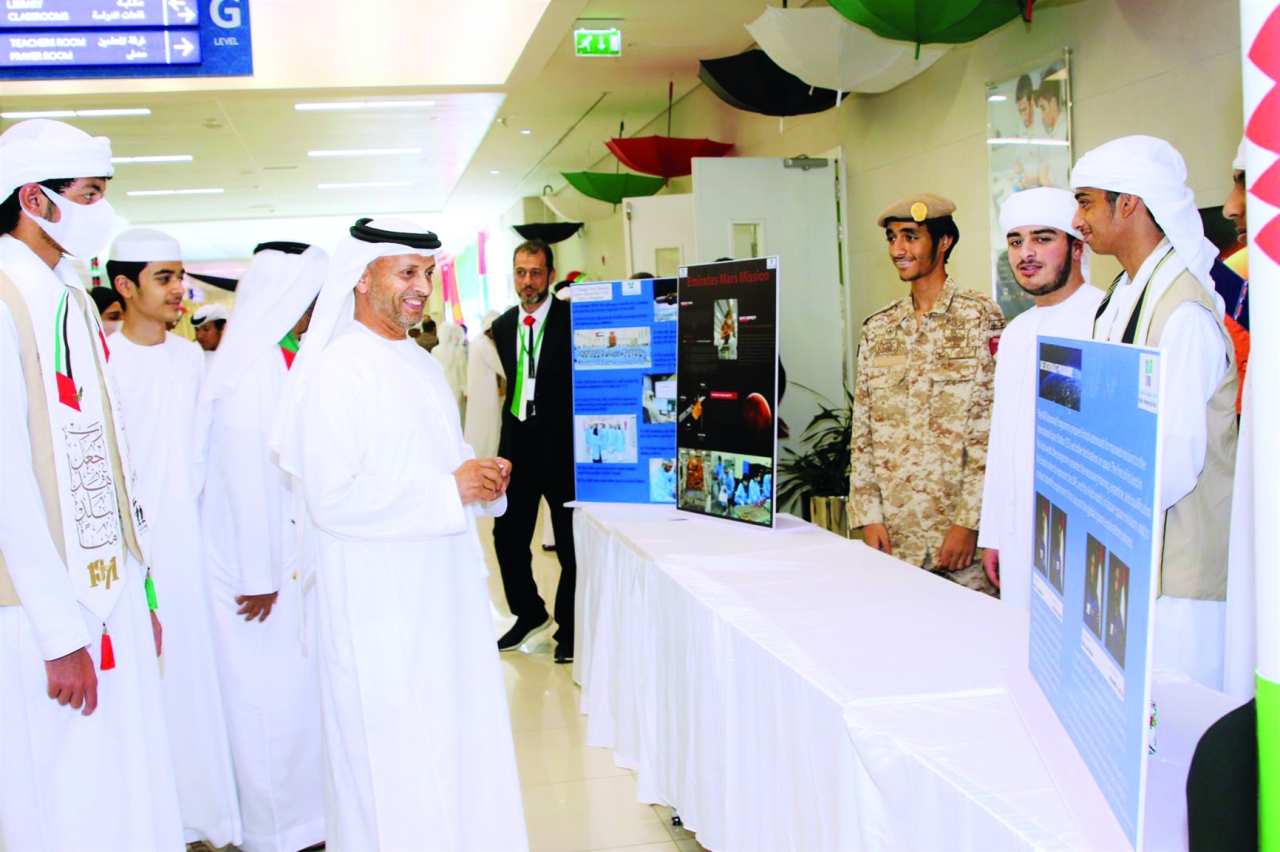 Among the most prominent events held by the festival the day before yesterday were the huge fireworks, which were attended by a large number of visitors, in addition to the drone shows, which were launched under the slogan “Together for the Future”. The activities included the military parade of the Abu Dhabi Police Musical Band, in addition to the activities of the Heritage Village and many other interesting activities.

The municipality of Al Ain city celebrated the 51st Union Day, the day before yesterday, with a wide range of activities and various shows.

The displays of fireworks, drones and light art paintings in Jebel Hafeet, which lasted for twenty minutes, dazzled the residents and visitors of the city. Fireworks were also launched from the main municipality building of Al Ain at the same time, and witnessed a large public turnout. Al Ain Municipality was keen to hold these shows in two different locations in the city. The city to provide an opportunity for the public, including residents and visitors of Al Ain, to participate and celebrate this national occasion.