Hamdan bin Mohammed: The sacrifices of the martyrs are a precious national legacy from which generations draw inspiration from lessons and lessons in loyalty to the homeland 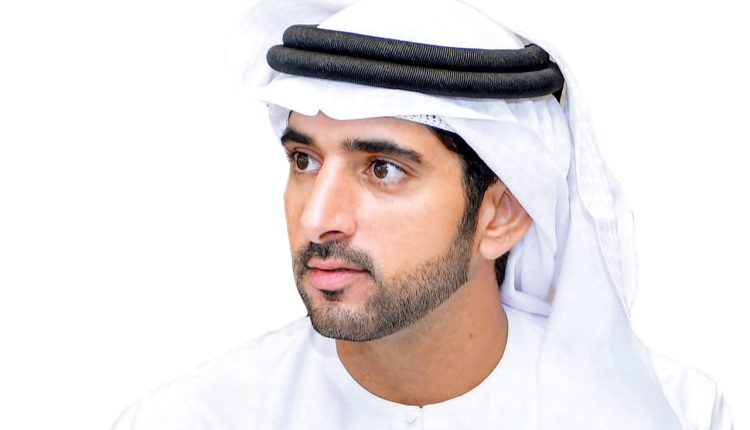 His Highness Sheikh Hamdan bin Mohammed bin Rashid Al Maktoum, Crown Prince of Dubai and Chairman of the Executive Council, affirmed that the people of the Emirates embodied the noblest meanings of sacrifice for the homeland of pride and pride, and provided the world with a unique example of sacrifice in order to preserve the capabilities of their country and defend its menstruation and avert every danger that might threaten its security and safety. They also showed with all courage and self-denial the meaning of dedication in order to raise the flag of the Emirates high and fluttering as a symbol of its dignity and dignity, and to confirm its steadfast positions in advocating the right and upholding his word, providing relief to the needy, spreading peace and spreading the causes of goodness throughout the land, and through many situations in which the soldiers of our forces demonstrated Armed valorous rare courage in advancing the ranks to meet the call of duty in various situations and circumstances.

This came in a speech by His Highness through the Nation Shield magazine on the occasion of the commemoration of “Martyr’s Day”, which falls on the thirtieth of November every year, in fulfillment of the memory of the righteous martyrs, and in commemoration of their heroism, and an affirmation of the extent of appreciation that the people of the Emirates hold for the sacrifices and benevolence of the nation’s martyrs. In order for the Emirates to remain lofty and impregnable in the face of all challenges, and the sacrifices they made to consolidate the foundations of its glory, preserve its gains, and elevate its position among nations and peoples.

And His Highness said: “And we remember together the heroism of our righteous martyrs, we have mercy on their pure souls, and we praise the hands of the officers and soldiers of our valiant armed forces as the symbol of manhood, honor and magnanimity, stationed in various fields of giving and giving, defending the homeland and protecting its capabilities and preserving its security and stability, and controlling every day New chapters in the record of the glory of the Emirates, so that our country continues its blessed path and its relentless pursuit towards a brighter and more prosperous future under the leadership of His Highness Sheikh Mohammed bin Zayed Al Nahyan, President of the State, may God protect him, and with the follow-up of his brother, His Highness Sheikh Mohammed bin Rashid Al Maktoum, Vice President and Chairman of the Council The Ministers and the Ruler of Dubai, may God protect him, and with the support of their brothers, Their Highnesses the Sheikhs, members of the Supreme Council and Rulers of the Emirates.

His Highness added: “On this day, we stand with all respect and appreciation in front of the heroism that our righteous martyrs wrote with their pure blood… heroisms with which they crowned their leaders with crowns of honor and dignity… to prove to the whole world that the UAE will remain proud at all times and times… and the sacrifices of its righteous martyrs will remain a legacy.” A dear patriot from whom generations draw inspiration from lessons and lessons in loyalty to the homeland and sacrifice for the sake of its elevation and guaranteeing the foundations of its security… This day will remain a witness to the depth of the Emirates’ belonging to its good land… and their firm loyalty to their wise leadership behind which they line up on the heart of one man for the sake of the elevation of a unified nation Its pillars are under a banner that will always remain high and fluttering, a symbol of the glory, progress and prosperity of the Emirates.

His Highness, the Crown Prince of Dubai, paid tribute to the mothers and families of the heroic martyrs, who presented the noblest forms of pride and pride in what their children gave to their homeland, showing steadfastness, patience, and satisfaction with God’s will, confirming the originality of the people of the Emirates and the depth of their faith and sincere loyalty and belonging, stressing His Highness that loyalty, giving and sacrifice are inherent values ​​in The souls of the people of the Emirates, and the legacy of glory passed down through the generations, and a shining proof that the people of the Emirates, with their interdependence and cohesion, and their alignment behind their wise leadership, are able to overcome the most difficult challenges to continue the path of dignity, work and hope with determination and determination to reach the Emirates to the highest levels of elevation and prosperity.

His Highness stressed the importance of keeping the memory of the nation’s martyrs fresh before us, motivating all the sons and daughters of this dear country, in various fields and disciplines, to redouble work and giving, each in his field, so that the UAE will always remain a beacon of hope for a better tomorrow for the region and the world, with the minds of its sons and their hands that do not know. Let us continue to uphold the edifice of the Union, strengthen its strength, consolidate the foundations of its progress and prosperity, and affirm the UAE’s positive contribution at the global level in creating a future in which everyone enjoys opportunities for growth and development, so that the name of the Emirates will always mean goodness and development at all times and times.