Forbes: The wealthy move to Dubai sustainably for these reasons 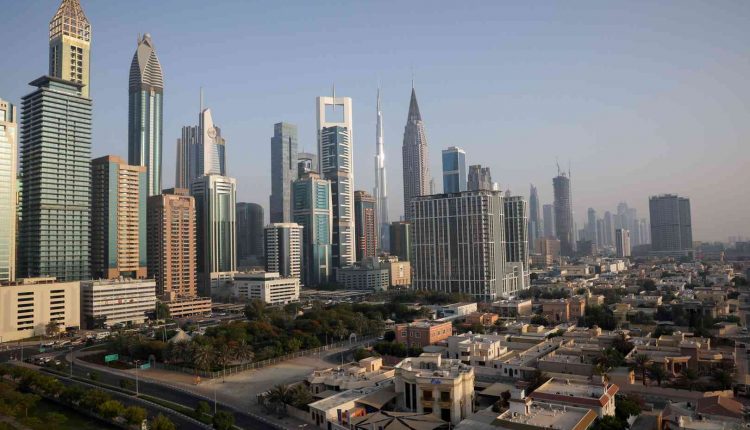 The American magazine “Forbes” monitored a remarkable influx of the world’s wealthy recently to Dubai in order to live there permanently with their families.

The magazine published a report entitled “Why did the world’s wealthy move quietly to Dubai?”, and reviewed during the report the answers to the question posed in the title.

The report stated that the first reason why the wealthy moved to Dubai in large numbers during the recent period is the safety that it provides for them.

The report cited the case of an American entrepreneur in his mid-fifties who left Los Angeles and came to Dubai this summer to live there and start a new life with his family.

“I feel very safe here in Dubai for my children,” said the entrepreneur, who declined to be named. Los Angeles is not what it used to be, because crime there is on the rise since the outbreak of the “Covid-19” pandemic.

The report confirmed that the massive influx of wealthy families to Dubai at the present time to live in the city made wealth management companies based in the city raise the salaries of experts specialized in wealth management in order to be able to meet the increasing demand for their services.

The report included statements made by Rohal Cuyar, director of marketing at “Lux Habitat Sotheby’s International Reality” real estate brokerage in Dubai, who stated that 20 billionaires bought real estate in Dubai during the current year, while the company, until the moment of issuing the report, witnessed an increase in its business volume by 300 % compared to the same period last year.

Cuellar stressed that the real estate boom in Dubai is not new, but what distinguishes the current recovery and makes it different is that the wealthy are buying luxury real estate in Dubai now to live in it with their families, and not to invest in it, as was the case before.

“The buyers are now in a hurry, they are not waiting for the luxury real estate project to be built,” Cuellar said.

“Luxury real estate should be ready now, as the rich are suddenly in a hurry,” he added.

The report also cited the latest data issued by the Dubai Land Department, which stated that real estate sales in the emirate recorded an increase of 136.5% last August compared to August 2020, while villa sales alone increased by 124% during the same comparison period, which is mainly due to The number of sales of villas in Dubai has increased, with the value of each transaction amounting to 100 million dirhams (27 million dollars) or more.

Cuellar commented, “We usually make one deal of one million dirhams or more or only two deals throughout the year, but this year we have already made 9 deals of this category so far.”

The report touched on the second reason, which is the fascination of wealthy people from the West with Dubai’s handling of the pandemic, as vaccination with anti-pandemic vaccines has spread rapidly among Dubai’s three million residents. Moreover, the PCR tests are available in Dubai at cheap prices.

The report emphasized that this fascination attracted a number of wealthy people from all over the world to Dubai, especially from major European countries such as the United Kingdom, Switzerland and Germany, as well as countries from other regions, including the United States of America, Singapore and Hong Kong.

“We are now more busy than we were before the pandemic,” said Zahra Clark, head of the Middle East and North Africa region at Tiger Recruitment for HR services. And the situation will continue to be this way as long as Europe, the United Kingdom, and the United States are unable to deal properly with the situation resulting from the pandemic.”

The report talked about the third reason, which is the flexibility of the leaders in Dubai and their realism in dealing with the economic repercussions resulting from the pandemic, which was represented in their efforts to attract more talented people with superior professional abilities and skills from all over the world.

The report explained that these efforts resulted in the fourth reason, which is represented by successive initiatives over the past and current two years to provide more residency options for professionally distinguished categories of foreigners, the most prominent of which was the golden residency, which allows its holder the right to reside in the UAE for a period of 10 years.

The report added that Dubai has remarkably focused on granting these new options of residency to talented people in the field of computer technologies and programmers, as part of its efforts to consolidate its position as a technical center.

The report stated that the fifth reason is the non-imposition of income taxes.

The report added that while the United States, the United Kingdom, and other Western countries are arguing with the wealthy to pay taxes that governments will benefit from to compensate for the losses resulting from the pandemic, Dubai does not do so, which has enhanced its attractiveness to the world’s wealthy.

The report concluded by emphasizing the sustainable nature of the current move by the wealthy to Dubai. Cuellar said: “This current rise in the number of ultra-rich people moving to Dubai in person… It’s more integrated, and we think it will be more sustainable as well, because this time people are coming with their families and businesses. So, it is certain that they will stay.”

During an international forum, the UAE calls for more measures to ensure better…

France to the West: War has its limits