First year in the German chancellery.. Schulz resists the shock of the Ukrainian war, so will he succeed? 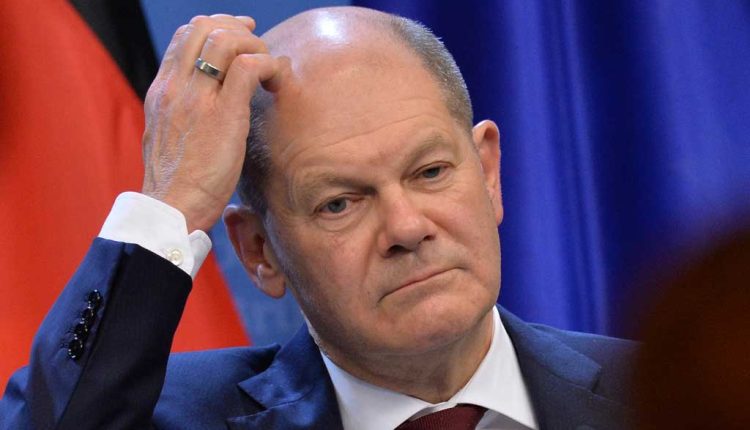 During his first year in Germany’s chancellery, Olaf Scholz has withstood the shock of the war in Ukraine that shook Europe’s first economy, but his popularity is waning and he is finding it difficult to impose himself on the international stage.

Almost a year later, his support in the national public opinion seems like a punishment, as 64% of Germans are dissatisfied with the coalition government he leads with the environmentalists and liberals (compared to 36% a year ago), and 58% of them are unhappy with Schulz (compared to 22% a year ago). According to a poll conducted by the INSA Institute, the results of which were published Sunday in Bild newspaper.

And if elections are held today, the government coalition will never get a majority.

But Nils Diedrich, a professor at the Free University of Berlin, said that “given the tragic events that took place this year, he is in a very good position.”

As soon as Schulz came to power promising a strict fiscal policy and an ambitious environmental policy, events confused his government program with the Russian war on Ukraine and the resulting influx of refugees, energy crisis and inflation.

With his speech in the German parliament (Bundestag) on ​​February 27, three days after the start of the Russian invasion of Ukraine, in which he announced a significant increase in military spending, Germany entered a new era.

On the other hand, Ursula Munch, director of the Academy of Political Education in Tutzing, pointed out that “the Schultz government is composed of three parties with very different goals, and this does not make the task easy for him.”

She explained that “the practice of governance has become more difficult, as the political system has become more fragmented than it was during the era of Christian democracy, Angela Merkel.”

Despite this, the Scholz government succeeded in implementing some points of its program, such as increasing the minimum hourly wage to 12 euros, compared to 9.6 euros before, and reforming the unemployment compensation system, which are two issues that the Social Democrats adhere to.

Work is currently underway on two other files, namely the legalization of cannabis and the modernization of the naturalization law.

On the other hand, the climate policy file, the main file on the Greens’ agenda, remains frozen for the time being.

In the midst of an energy crisis against the backdrop of a force test with Russia over Ukraine, Scholz clashed with environmentalists staunchly opposed to atomic energy, extending the operation of the last three German nuclear plants.

Obama is not Germany

On the international scene, the former finance minister in Merkel’s government is still looking for a position.

“It’s difficult to replace a leader who has been in power for 16 years,” said Rachel Rizzo, an expert at the European branch of the Atlantic Council Institute.

Rizzo pointed out that Schultz ran the legislative election campaign, defining his position in the chancellor’s line, and said, “He did not want to present himself as the transition candidate. Obama was not Germany.”

On the European level, Eric Morris from the office of the Robert Schumann Institute in Brussels said that “it is difficult to know his political position.”

At the end of August, Schulz called for the expansion of the European Union and an end to the right of veto that paralyzes institutions, in a speech he delivered in Prague in response to a speech by French President Emmanuel Macron five days earlier at the Sorbonne. But Morris added, “We do not see in it a comprehensive vision for the future of Europe.”

Also, the 200-billion-euro national aid plan to confront rising energy prices that Schulz proposed at the end of September was not well received by many EU countries that do not have resources on the level of Germany’s.

It fears that this will negatively affect competitiveness.

The differences in views between Paris and Berlin have recently come into the open, with French President Emmanuel Macron directing a veiled criticism of the chancellor, saying, “It is not serious, neither for Germany nor for Europe, to isolate itself.”