Fierce fighting around Lysichansk, 21 killed in strikes near Odessa, Ukraine 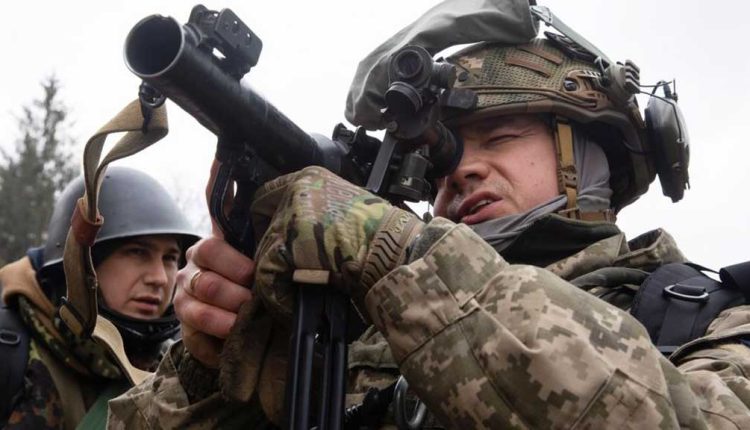 Fierce battles continue around the strategic city of Lysichansk in eastern Ukraine, and in the south, where missile strikes on buildings have killed at least 21 people near Odessa, according to the Kyiv authorities.

Fighting continues around Lysichansk, the last major city outside Russian control yet, in the Lugansk region, one of two Donbass industrial districts that Moscow seeks to fully control.

The city forms the eastern part of an enclave controlled by the Ukrainians, and Russia has been trying to bypass it since mid-April, after it failed to control Kyiv.

The Russians are advancing in three directions towards Lysechansk, one of which is from “Severodonetsk”, a town separated from Lysechansk only by the Seversky Donets River, and the Ukrainians are making great efforts in the battle to prevent Russian forces from crossing it.

“The (Russian) forces have reached the Lyschansk gates and the Ukrainian army is suffering heavy losses,” the Russian Defense Ministry wrote in a statement Friday.

Sergei Gaidai, governor of the Lugansk region, confirmed that the Russians “are trying to encircle our army from the south and west” near this city.

For his part, Volodymyr Zelensky admitted that the situation was still “very difficult” in Lyschansk.

The British Ministry of Defense stated that Russian forces “confirm that they have captured the village of Previlia”, northwest of this city. And she added, “The heavy fighting is continuing to seize the heights around the oil refinery, most likely.”

This reading of the situation was repeated by the American Institute for the Study of War (ISW), based in Washington. “The Russian forces are likely trying to cross the northeastern corner of the refinery to advance towards Lyschansk,” the institute said.

The General Staff of the French Army considered that even if “Russian forces exerted heavy pressure on Lyschansk”, they did not threaten “at this stage the general cohesion of the Ukrainian defense system in the Donbass”. But he also spoke of “a strengthening of Russian armored capabilities, an intensification of air support, and strikes on the rear ranks of Ukrainian forces.”

The importance of Lysichansk lies in the fact that it was previously a center for the manufacture of coal and chemicals, and is the last enclave of Ukrainian resistance in the Lugansk region.

The same American institute referred to the efforts made by the Russian army to regain control of towns in the north of the city of Kharkiv (northeast), whose governor, Oleg Senegubov, announced four deaths and three injuries in the last 24 hours in the region (three dead and two wounded in Izyum, one dead and one wounded in Shuhaiv). .

As for the Kherson region, which is controlled by the Russians and their separatist allies, it is still, according to the same source, “the subject of a military and political conflict, and the Ukrainian armed forces continue to target Russian military sites.”

The Ukrainian army confirmed that it had struck a “crowd of enemy forces and military equipment” near the town of Belozerka, and announced the fall of “35 dead” among Russian soldiers and the destruction of enemy armor.

On the other hand, the governor of the Odessa region, Maxim Marchenko, said on the Telegram application that “the enemy fired three missiles at the village of Sergeyevka in the Belgorod-Dnistrovskyi region.” “One building was destroyed, as well as a tourist complex,” he added.

Marchenko said that “21 people were killed, including a 12-year-old child, and 38 others are being treated in hospital, including five children, two of whom are in serious condition.”

The governor of Odessa confirmed that “there was no military target” in the place that was bombed.

“It was a deliberate Russian strike, and not just mistakes or an accidental blow,” Zelensky said while receiving Norwegian Prime Minister Jonas Gahr Store.

For his part, Ukrainian Foreign Minister Dmytro Kuleba called in a tweet “our partners to provide Ukraine with anti-missile defense systems as soon as possible.” “Help us save lives,” he added. He described Russia as a “terrorist state”.

In Berlin, the German government condemned the attack. “The Russian side, which is speaking once again about collateral damage, is inhuman and shameless,” said its spokesman, Steffen Hepstrait. And “this shows us once again in a brutal way that the Russian aggressor deliberately accepts the death of civilians,” calling on “the Russian people to face this reality in the end.”

But Kremlin spokesman Dmitry Peskov, when asked about the strikes, confirmed that “the Russian armed forces do not target civilian facilities” in Ukraine.

These new strikes came a day after the end of a summit in Madrid of the North Atlantic Treaty Organization (NATO), during which member states, led by the United States, affirmed their firm support for Ukraine in confronting Russia and announced new military aid.

On Friday, the US Department of Defense made a new contribution of $820 million, which includes missiles, missiles and advanced air defense equipment (NASAMS) that will help combat Russian aviation, including drones and cruise missiles.
Norway, in turn, announced an aid of ten billion kroner (about one billion euros).

On Thursday, the Russians announced their withdrawal from the Serpent Island in the Black Sea, which the Ukrainians considered a victory for them. This island is located southwest of Odessa and off the mouth of the Danube River.

The coastal town of Sergievka, which was bombed by the Russians on Friday, is located about eighty kilometers southwest of Odessa, in the closest part of the Ukrainian coast to this island, which is essential for controlling maritime traffic, especially for the export of millions of tons of grain that remains stuck in Ukrainian silos.

In the latest episode of this grain war, Ukraine asked Turkey to intercept a 140-meter-long Russian cargo ship from the port of Berdyansk in the occupied region, suspected of transporting thousands of tons of grain stolen by the Russians.

Supporting its account with video recordings in the evening, the Ukrainian army confirmed that the Russian army had bombed Snake Island twice at around 18:00 with phosphorous bombs, although it confirmed Thursday that its withdrawal was an expression of “goodwill” and not under the weight of Ukrainian artillery shelling.

On the military side, Western security sources have now talked about the killing of between 15 and twenty thousand Russian soldiers. According to Kyiv, Ukrainian forces lose about 100 soldiers every day. There are no figures from independent sources.

More than six million Ukrainians have been internally displaced, according to a new census published on Tuesday by the International Organization for Migration and the United Nations High Commissioner for Refugees.

For his part, Osnat Lubrani, the United Nations Humanitarian Coordinator in Ukraine, said Thursday that “about 16 million people are in need of humanitarian assistance, including water, food and health services.”

They join more than 5.2 million Ukrainians registered as refugees in other European countries since the conflict began on February 24.