War in Ukraine: why is it so hard to estimate the number of dead? 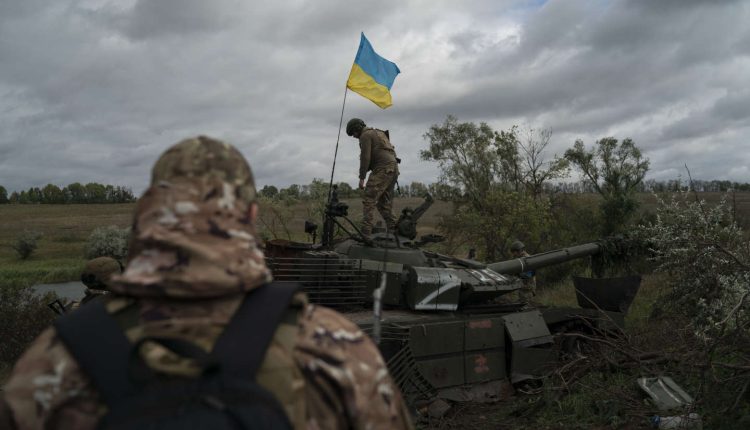 Counting the civilian or military victims of a large-scale conflict between States is a challenge. And it is even more complex if the conflict is ongoing, as has been the case for seven months in Ukraine. “On the one hand, we greatly amplify the losses we inflict, on the other hand, we greatly underestimate our own for obvious propaganda reasons”sums up Michel Goya, military historian and former naval troop colonel.

If we rely on official accounts, comments historian Cédric Mas, “all the great battles of antiquity were won one to ten with very few losses and with a massacre”

The estimates of each belligerent speak for themselves: the Ukrainians claimed, on September 22, to have killed approximately 55,500 Russian soldiers and lamented a month earlier about 9,000 dead in their ranks. On the Russian side, Sergei Shoigu, the Minister of Defence, acknowledged on September 21 the death of 5,937 soldiers in the Russian ranks and estimated the toll inflicted on the Ukrainians at 61,207 dead and 49,368 wounded. A ” gross discrepancy in both cases », analyzes Mr. Goya. The Russian invasion of Ukraine is no exception in this instrumentalization of battlefield losses. This number battle is “the earliest known example of propaganda”, explains Cédric Mas, military historian and president of the Action Resilience Institute. According to official accounts, he comments, ” all the great battles of antiquity were won 1 to 10 with very few losses and a massacre”.

Can we rely more on outside observers? The American authorities (which provide military and financial aid to Ukraine, without directly participating in the conflict) have given, August 8, an estimate of the losses of the Russian army: between 70,000 and 80,000 Russian soldiers would be out of action, of which about 20,000 would be dead. The previous estimate, a month earlier, was of 15,000 Russian soldiers killed and 45,000 wounded. These orders of magnitude are more likely than those of the Ukrainian authorities, but they should still be taken with caution.

Read also: Article reserved for our subscribers Ukraine: the world faced with the crimes of a war

In principle, the belligerents count their human losses on a daily basis, in reports produced by each unit. “Unless the unit is completely destroyed and no one is able to account for what happened, in which case it becomes estimates”explains Michel Goya. “For enemy losses, however, it is much more complicated. We count on the ground the deaths that we see, but that is very much a matter of estimation. Even in direct combat, you very often shoot from a distance, so in reality you don’t see many enemies”.

Artillery, for example, frequently targets targets 20 to 80 kilometers away. The losses it generates are difficult to assess, even if “we often try to see the results via drone or a terrestrial observer”details Michel Goya. “You might think you killed twenty soldiers when in reality there were only five dead. In general, units in the field always feel, in good faith, to inflict more casualties than what we do”confirms Cédric Mas.

In the conflicts of the XXe century, already, the advent of heavy weapons has made the task more complex for historians, especially from the First World War: the number of men engaged in combat is unprecedented, the shells pulverize the bodies. Historians then generally rely on the archives, and in particular on the tables of the strength of the armies, even if these can sometimes be distorted, depending on the circumstances. “For example, if an officer receives resources based on his numbers, he may want to ask for more and thus increase his numbers. Conversely, if he receives reinforcements below a certain number, he may want to reduce his numbers.warns Cédric Mas.

For the war in Ukraine, on the other hand, these documents are neither available nor studyable. Researchers then use devious means to arrive at an order of magnitude.

To estimate the number of dead from the conflict, “You have the possibility to observe the graves or obituaries published on social networks by families in Russia, there is a site that documents this, with the date and the photo. And above all, you have units that are losing their effectiveness, and that appears in the testimonies of soldiers who talk about their numbers or their reassignment”explains Cédric Mas.

“We also work by analogy with other conflicts, we observe the number of vehicles destroyed. It gives an indication of the degree of violence of the fighting., says Michel Goya. One site in particular Oryxdocuments as accurately as possible the material losses of the two armies.

The use of indirect sources also works for the study of past conflicts. As archived documents are not necessarily reliable, historians rely, for example, on documents relating to logistics. “When an army declares 20,000 troops but in reality has to provide 30,000 meals, there is a small delta. Ditto for the activity tables of hospitals, units responsible for burying the dead, etc. This greatly reduces the ranges »says Mr. Mas.

Will we be able, even in the distant future, to determine with reasonable precision how many human lives this war has claimed? Nothing is less sure. Especially since on the side of civilian deaths, the vagueness is more difficult to dissipate. The Office of the United Nations High Commissioner for Human Rights (OHCHR) was able to verify the deaths of 5,916 civilians to September 19, and counted 8,616 other civilians injured. But the OHCHR warns that “the actual numbers are considerably larger” so difficult is the feedback of information from areas where fighting is intense.

Read also: Article reserved for our subscribers “I prefer to go to jail rather than to Ukraine”: in Russia, the shock of military mobilization

The ICC, power and impotence of an international jurisdiction