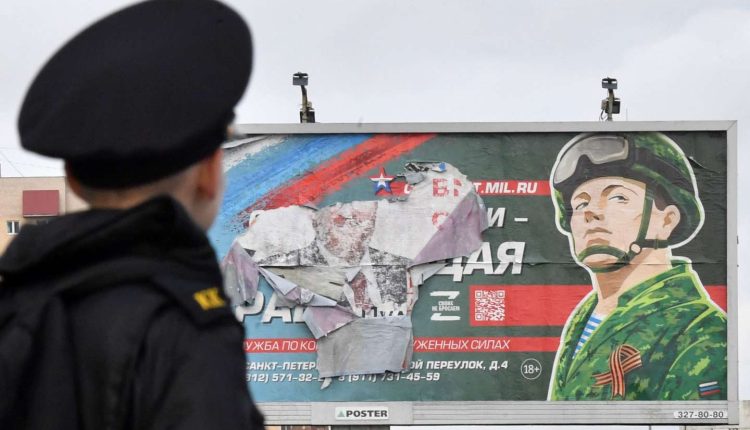 Vladimir Putin’s expansionist dreams stop here, at this neocolonial war against Ukraine that he himself launched on February 24. The head of the Kremlin may multiply the speeches on the “greatness” of Russia, the company does not adhere to the company. Hundreds of thousands of Russians – 700,000, according to estimates compiled on October 4 by the Russian version of the magazine Forbes- preferred to flee their own country, and the movement does not seem to want to dry up. Some left at the start of the invasion of Ukraine, out of total rejection of a regime engaged in a headlong rush that does not hesitate to repress, within its own borders, any form of protest ; the others because they did not see themselves enlisted in spite of themselves in a conflict whose meaning they do not understand.

This political exodus, the largest since the 1920s, when White Russians and intellectuals fled the Bolshevik Revolution, is just the tip of the iceberg. The country doubts. Only the square of silovikithe representatives of the security apparatus in power, and the ultranationalists cling to the story of the reconstitution of an empire, repainted in the guise of a “Russian world”with increasingly apocalyptic overtones.

Coming out of his silence – forty days after the assassination of his daughter, Daria Douguina, killed in the explosion of his car – the ideologue Alexandre Douguine declared on 1er October on the Tsargrad television channel, the day after the announcement of the annexation of four Ukrainian regions by Vladimir Putin: “This is not just an ordinary event, (…) it is the beginning of the last battle of light and darkness that has been defined today. »

But the euphoria, fueled by Russia’s annexation of Crimea in 2014, has died down. The term Novorossia (“new Russia”), borrowed from the conquests of the Tsarina Catherine II (1729-1796) and then launched by the Kremlin communicators, fizzled out, replaced by a letter, “Z”, which is very difficult to understand the meaning, beyond a bellicose rallying sign. And one wonders how long the population will continue to support its leader, while thousands of bodies return from the Ukrainian battlefield and military setbacks follow one another.

Putin and his backward-looking vision

On 21 September, in front of the Millennium of Russia, a monument weighing 65 tons and 15 meters high, erected within the walls of the Novgorod Kremlin, Vladimir Putin tried once again to mobilize people’s minds, at the same time as new military recruits. Celebrating 1160e anniversary of the Russian state, he quoted, without any distinction, figures from the tsarist period or the Red Empire, prince Riourik, founder of the dynasty of the Riourikides, the tsars Ivan the Terrible and Peter the Great, the general white Russian Anton Denikin (whose remains he repatriated in 2005) or the father of the Soviet atomic bomb, Igor Kourtchatov… “While writing this text, I scribbled and crossed out names like Nicholas II, Lenin, Stalin”he warned, arguing that there was not enough historical perspective to establish “complete and objective assessments” of their action. A height.

You have 44.24% of this article left to read. The following is for subscribers only.