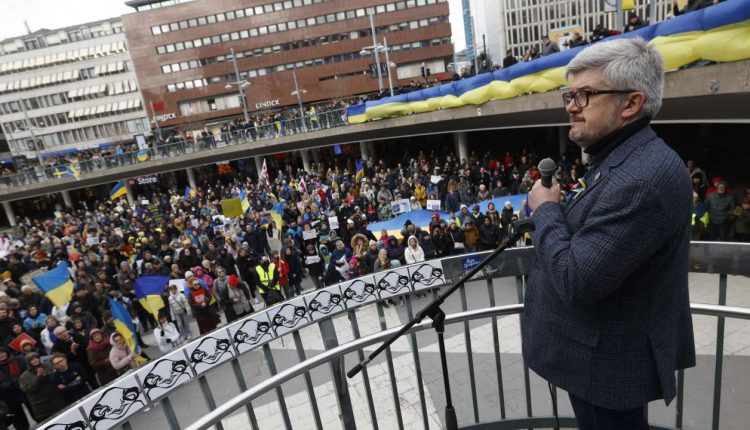 This is one of the unforeseen effects of the war in Ukraine: Sweden may soon run out of… bananas. At issue: the blockade decided by one of the two Swedish dockworkers’ unions, Hamnarbetarförbundet, targeting all boats with a connection to Russia, whether they fly the Russian flag, come from Russia or are about to go there. , with a stopover in Sweden. Since March 28, dockers have refused to load and unload cargo.

Read also: Article reserved for our subscribers During a NATO exercise, the question of a military rapprochement between Nordic countries

The connection with bananas? Every week, forty containers, filled with fruit from Ecuador, land in the port of Helsingborg, in the south of the country, on board a boat which then continues on its way to Saint Petersburg. These deliveries represent 70% of the bananas marketed by the Total Produce Nordic group, a specialist in the import and distribution of fresh produce, which controls a third of the banana market in Sweden.

The next arrival is scheduled for Saturday, April 2. But the dockers represented by Hamnarbetarförbundet, which has 1,200 members, have already made it known that they would not move a finger. The port management has planned to call on their colleagues, represented by the competing union, Transportarbetareförbundet (which represents 1,700 dockworkers). Except that he in turn filed a blockade notice on March 30. The action should only start from 1er may. But nothing guarantees that its members are ready to break the social movement of their colleagues.

“We can send 10,000 grenades to Ukraine in an instant, but when it comes to money or limiting trade, nothing happens” Martin Berg, trade unionist

The president of Hamnarbetarförbundet, Martin Berg, is annoyed: “We warned of our collective action two weeks ago. The company and the port management had time to find a solution, by unloading the cargo in Hamburg for example and driving the rest of the way by truck. » But it is above all the inaction of the Swedish government and the European Union (EU) that irritates him: “We can send 10,000 grenades to Ukraine in an instant, but when it comes to money or limiting trade, nothing happens”protests the trade unionist.

1er March, the European Parliament voted a non-binding resolution calling for the closure of European ports to Russian ships and to ships bound for or coming from Russia. However, without a decision by the commission or the European Council, national governments remain free to act as they please and so far none have chosen to imitate the United Kingdom, which since the end of February has banned all Russian ships to enter its ports.

You have 49.16% of this article left to read. The following is for subscribers only.