War in Ukraine: nearly fifty people die every day, according to Volodymyr Zelensky 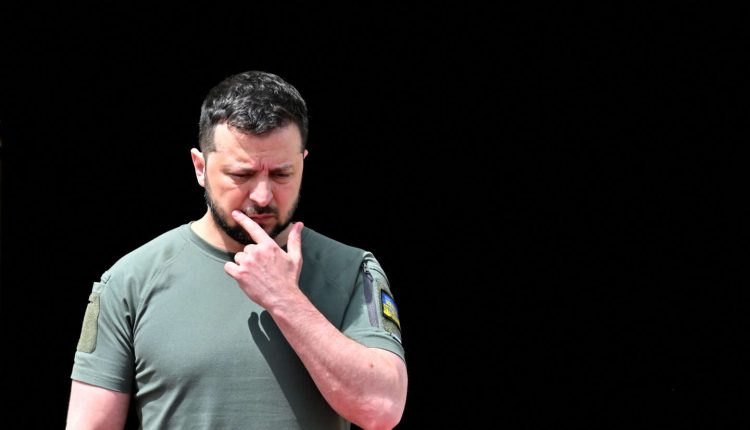 Guest of a special broadcast by TV5 Mondethe Ukrainian President, Volodymyr Zelensky, notably returned on Friday, September 23 to the number of deaths recorded by the Ukrainian forces since the start of the conflict. “It’s almost fifty people a day. But these are not the exact figures, because it is not known how many soldiers and civilians remain in the territory. There are five times fewer Ukrainian soldiers killed than Russian soldiers”said Mr. Zelensky.

Read also: War in Ukraine, live: the G7 will “never recognize” the Russian referendums in Ukraine

During an interview lasting more than an hour, the Ukrainian president also denounced China’s ambiguous position. “Before the large-scale invasion, there were communication channels between our countries, we had a lot of economic and commercial cooperation”said Mr. Zelensky referring to the relationship between kyiv and Beijing. “At the moment, we don’t have a communication channel with China and that’s a shame. I would like them to help Ukraine. » A telephone communication with the Chinese president “would be difficult today”he conceded.

Read also: Bruno Tertrais: “Russia and China are ‘aligned but not allied'”

The head of state also expressed his surprise at the lack of support from Israel. ” I’m shocked. I don’t understand. Israel provided us with nothing, nothing, zero. I understand that they [les Israéliens] must defend their land, but I have received information that Israel is exporting its armaments to other countries”said Mr. Zelensky. “I don’t blame the leaders. I note the facts: there were discussions with the leaders of Israel and that did not help Ukraine. One can notice the influence of Russia on Israel. I consider Israel an independent state.he continued, saying that civil society supports Kyiv. “Why not give us air defenses?” »

Read also: Article reserved for our subscribers Before the elected members of the Knesset, Volodymyr Zelensky summons Israel to choose “between good and evil”

Ukraine on the same day blasted Iran for its arms deliveries to Russia, denouncing measures going against the country’s territorial integrity, the day of a Russian strike by an Iranian drone on the city of Odessa (south), which caused one death.

“These are measures by Iran that go against the sovereignty, the territorial integrity of our state, as well as against the life and health of Ukrainian citizens”lamented on Facebook Sergii Nykyforov, the spokesperson for President Volodymyr Zelensky.

Women’s soccer is booming in England. But the big money hasn’t caught up yet