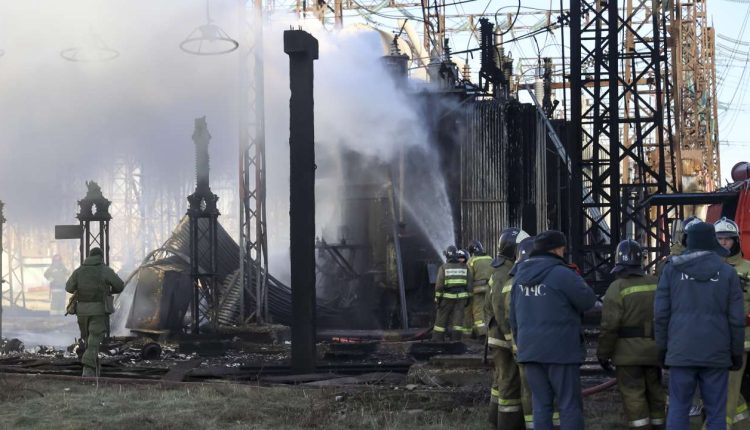 Security guarantees to Russia: Macron refuses “controversies where there are none”

The French president denied, on Tuesday, any controversy “where there is none” after his remarks on future security guarantees to be given to Russia, which were poorly received in kyiv and in Eastern Europe. “I think we shouldn’t make big cases, try to see controversy where there is none”he said on his arrival at the EU-Balkans summit in Tirana. “I have always said the same thing, that is to say that at the end, in the peace talks, there will be territorial subjects on Ukraine and they belong to the Ukrainians and there will be subjects of collective security throughout the region”he added. “It’s the same thing I’ve been saying from the start, the same thing that we worked on in February, March and which were discussed”he continued, referring to attempts, notably on his part during a meeting with Vladimir Putin on February 7 in the Kremlin, to provide guarantees to Russia concerning the presence of NATO on its borders in order to to try to avoid a war in Ukraine.

Mr. Macron explained, on Saturday, to have exchanged with the American president, Joe Biden, on “the security architecture in which we want to live tomorrow”referring to the fact that it would be necessary to give “guarantees for its own security to Russia the day it returns to the table” negotiations. “One of the essential points is the fear that NATO will come to its doors, it is the deployment of weapons that can threaten Russia”he then explained on the French channel TF1.

These statements have drawn criticism in Ukraine and some of the countries of Eastern Europe, which have particularly strong postures vis-à-vis Russia and accuse Mr. Macron of being too lenient or of doing too much. openings vis-à-vis Moscow. “Someone wants to provide security guarantees to a terrorist and murderous state? »launched the secretary of the Ukrainian National Security and Defense Council, Oleksi Danilov, on Twitter, talking about “carpet diplomacy”.

For Polish Deputy Foreign Minister Marcin Przydacz, Mr. Macron “makes a mistake by saying what he says” and the West must stick to a “policy of isolation” from Moscow. “Vladimir Putin has a mental structure which means that any attempt at contact, at appeasement, strengthens him psychologically”he hammered in an interview on RMF radio.

Latvian Deputy Prime Minister Artis Pabriks said in the FinancialTimes that the idea of ​​giving security guarantees to Russia “is tantamount to falling into the trap of Putin’s narrative that the West and Ukraine are responsible for the war”. The solution to the Ukrainian conflict will be achieved by offering “security guarantees for Ukraine”EU chief diplomat Josep Borrell said on Monday, adding that for “For Russia, we’ll talk about it later”.