War in Ukraine Live: Germany has authorized the delivery of Leopard tanks, kyiv is “sincerely grateful” and Moscow denounces an “extremely dangerous decision” 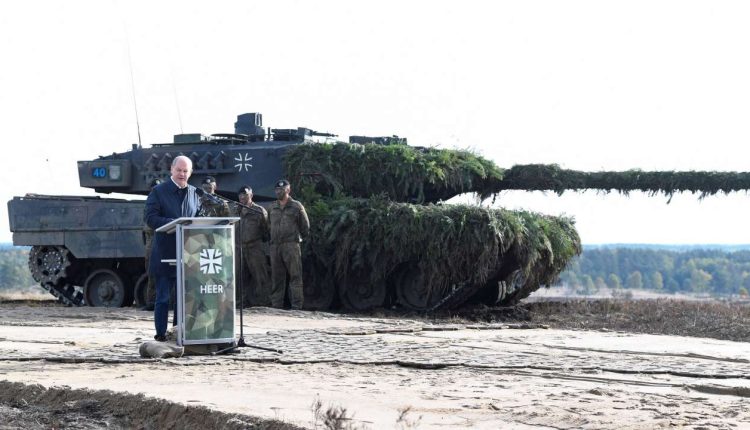 The Ukrainian army admitted Wednesday having ceded to the Russians Soledar, a small town located 10 kilometers north of Bakhmout, in the Donbass (East), two weeks after the announcement of its capture by Moscow.

“After months of hard fighting (…)the Armed Forces of Ukraine left it » to “to withdraw to prepared positions”, military spokesman for the eastern zone, Serhi Tcherevaty, told AFP. The latter, however, refused to specify when this retreat took place.

Soledar’s decline has been “controlled, no encirclement or massive capture of our soldiers took place”assured Mr. Tcherevaty, who denied any ” leak “ Ukrainian soldiers. Before retreating, the kyiv troops “have inflicted incredible losses” to the Russians, he said again, emphasizing that the Ukrainian strategy in this area was to “using the enemy”.

This modest, largely razed locality, which had barely 11,000 inhabitants before the start of the conflict, has become very important in the eyes of Moscow strategists and Wagner Group auxiliaries. “Everything is completely destroyed. There is almost no more life. What is Russia trying to gain there? »had himself questioned the Ukrainian president, Volodymyr Zelensky.

After a long series of defeats, mainly in the oblasts of Kharkiv and Kherson, the Russian army is trying to finally snatch a victory, however modest it may be. She had been trying for six months to seize Bakhmout, but the Ukrainian forces were defending her so fiercely that she had to fall back on Soledar. Beyond the symbolic stake, the seemingly insignificant small town could play an essential role in the continuation of the war, and this for multiple reasons, at the same time geographical, strategic, tactical, even commercial and political, as we explained in this article.