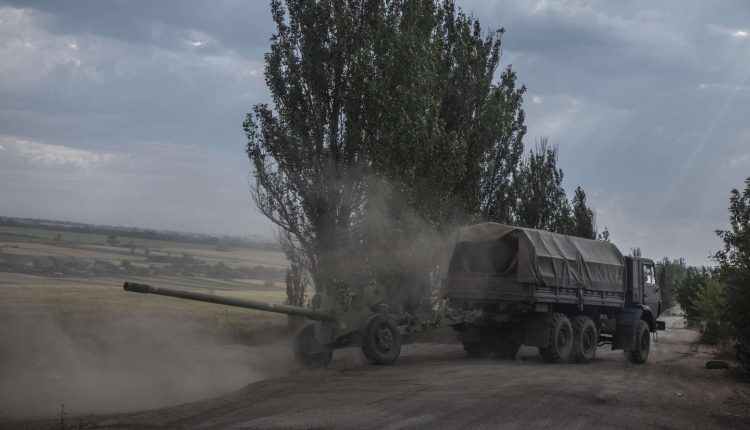 The city of Lyssytchansk fell into the hands of Russian troops on Sunday July 3, the Ukrainian army having confirmed, a few hours after Moscow’s victory announcement, that it had ordered its fighters to evacuate the city.

After the fall of Sievierodonetsk, ten days earlier, on June 24, Ukraine has now, even if the Russian forces still have a few rural villages to conquer, de facto lost control of the province of Luhansk, one of the two regions of Donbass.

The fall of Lyssytchansk was written not only from that of Sievierodonetsk but especially since the fragile supply route still linking it to the neighboring province of Donetsk was about to be cut. In addition to the fact that the bombardments against Lyssytchansk were becoming too intense for the Ukrainian forces still lacking, in the Luhansk pocket, artillery and ammunition, the risk was above all that the Ukrainian defenders would find themselves surrounded there. However, since the siege of Mariupol and a Russian conquest that ended on May 20 with a humiliating surrender for the Ukrainian forces, kyiv has ensured that Mariupol remains an exception and avoids at all costs that its soldiers are trapped in an encirclement.

Read also: Article reserved for our subscribers War in Ukraine: in Sievierodonetsk, an expected and organized retreat

“In order to preserve the lives of Ukrainian defenders, the decision has been taken to withdraw [de Lyssytchansk]the Ukrainian General Staff announced in a press release. Under the conditions of superiority of Russian troops in artillery, air force, missile launching systems, ammunition and personnel, continuing the defense of the city would have had fatal consequences. »

What Sievierodonetsk and Lyssychansk, on the other hand, have in common with Mariupol, the port of Donbass on the Sea of ​​Azov, is that the Russian army only manages to conquer extremely destroyed localities – “a city on fire”, said the Ukrainian governor of Luhansk, Serhiy Hayday, about Lysytchansk – and almost completely emptied of their populations.

Despite the fact that the inhabitants of Donbass are Russian-speaking and have become accustomed to a kind of war routine since 2014, 90% of them have chosen, since the outbreak of the Russian invasion on February 24, the Ukrainian side. Faced with the violence of the deluge of Russian fire that fell on the region, they fled elsewhere in Ukraine or abroad. The Russian army therefore conquers cities which are not only in ruins but where only 10% of the inhabitants, often the oldest, possibly welcome them with kindness. A ghost region. We are a long way from the Kremlin’s official discourse on the “liberation” Russian-speakers in Ukraine.

You have 64.72% of this article left to read. The following is for subscribers only.