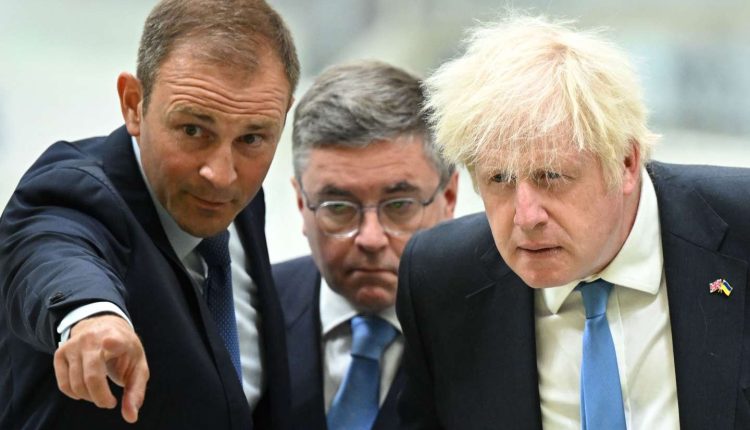 Unaccustomed until now to provocations, Subway, a free daily distributed in the United Kingdom, could not help biting irony on Friday August 12: “The Prime Minister present at a meeting”, he headlined in “one”. Boris Johnson, who remains at the head of the British government pending the election of his successor on September 5, has been particularly discreet since his own party kicked him out. But Thursday, he was present during a meeting with the bosses of electricity producers, organized in reaction to soaring energy bills in the United Kingdom. Rest assured, specified however Subway : “The meeting did not lead to immediate concrete actions. (…) In other words, [Boris Johnson] did absolutely nothing. »

Since his ousting from the Conservative Party leadership in July, Mr Johnson’s disheveled blonde figure has almost disappeared from radar screens. No notable announcements or major decisions have been made. The person concerned claims it moreover: he is responsible for expediting current affairs and it is not up to him, in a transitional role, to take major strategic orientations. “Major budget decisions should be left to the next prime minister,” announced a press release from Downing Street on August 7.

Read also: Article reserved for our subscribers Liz Truss, Rishi Sunak: who are the two candidates to succeed Boris Johnson?

The British leader, who has nothing more to gain politically, would he have taken an early vacation? A government spokeswoman, a bit annoyed, replies in a pinched tone: “Haven’t you read the day’s review [de jeudi] ? » Let it be said, Boris Johnson, in addition to his meeting with the electricity producers, was active that day: he telephoned Sheikh Mohammed Ben Zayed Al Nahyan, President of the United Arab Emirates, and named a certain Pippa Lambert Acting President of the Senior Civil Servant Salary Oversight Organization.

Mr. Johnson is also busy with important personal matters. On July 30, he celebrated his marriage to Carrie Johnson, née Symonds, 33, with whom he had lived for three years and with whom he has two children. The couple officially wed in the spring of 2021 but couldn’t find time to throw a party.

The outgoing Prime Minister, 58, had originally planned to receive his guests at Checkers, an official country residence. But his project having caused gnashing of teeth, on this new mix between personal and professional life, Mr Johnson relied, instead, on the generosity of Lord Anthony Bamford, a donor to the Conservative Party, who put available his land in the charming Cotswolds, a region west of Oxford. A highly commented video on social media shows the newlywed dancing awkwardly to the sound of sweet carolina by Neil Diamond.

You have 7.02% of this article left to read. The following is for subscribers only.