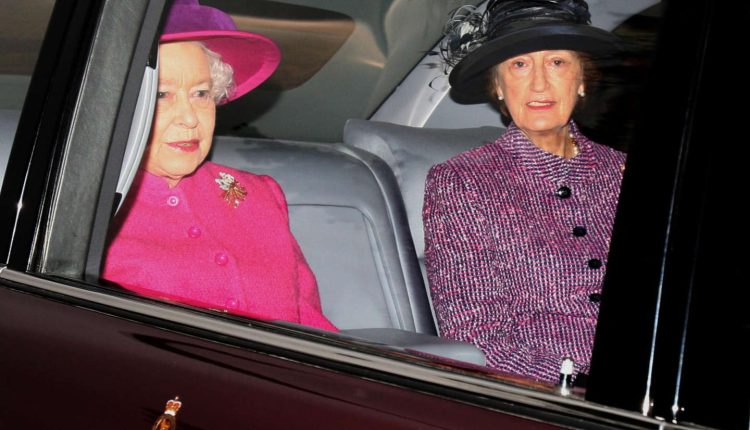 The remarks made this week by the godmother of Prince William, who was a lady-in-waiting to Elizabeth II for more than sixty years, during a conversation with a black anti-racist activist, plunged the British royal family into a new controversy, as she strives to modernize her image since Harry and Meghan left.

“Where are you from in Africa? », “Where are you really from? Where do people like you come from? », asked Susan Hussey, speaking to Ngozi Fulani, director of a support association for black victims of domestic violence, during a reception organized on Tuesday November 29 in Buckingham by the queen consort, Camilla. The tweet in which Mme Fulani reports the conversation had been “liked” more than 66,000 times by Friday. A few hours after its broadcast, the palace judged these “unacceptable comments” and announced the resignation of Mr.me Hussey, who is 83 years old.

“She was really trying to make me question my British nationality”said Thursday Mme Fulani at the microphone of the BBC. The Incident “exceeds one person. It’s about institutional racism.”she adds, in an interview with The Independentt.

The affair, which made headlines in the entire British press, even gave rise to a reaction from the Prime Minister, who is of Indian origin. “I’ve talked about this in the past, I’ve experienced racism in my life, but I’m happy to say that some of the things I experienced as a child and youngster wouldn’t happen today. , I think, because our country has made incredible progress in the fight against racism, but the job is never done. That’s why, whenever we witness it, we have to face it.”Rishi Sunak said, without commenting on Mr.me Husey.

The incident came at the worst time for the royal family, which is seeking to forge a younger, modern and inclusive image. Buckingham is apprehensively awaiting the release of a Netflix documentary series on Harry and Meghan on December 8, and the publication in January of the memoir of the youngest son of Charles III, which should include its share of embarrassing revelations. Harry and his wife, Meghan, a mixed-race American, who now live in California, have revealed last year that a member of the royal family had questioned the skin color of their son, Archie, before he was born.

The royal family is not “definitely not racist”then said Prince William, heir to the crown, who is at odds with his brother. “The stifled laughter you can hear coming from California is that of a Duchess [Meghan] trying not to laugh and say, ‘I told you so'”, quipped Thursday an editorialist of the Times.

Prince William and his wife, Kate, are on a visit to the United States, which will culminate on Friday with the Earthshot Environmental Advocacy Awards in Boston. The spokesperson for Prince William, who has not planned to meet his brother, wanted to be categorical: “Racism has no place in our society”he said.

In Calais, the bunker border with England pushes migrants back to the sea

In Scotland, controversy over the transfer of a transgender to a women’s prison

UK braces for biggest strike day in a decade

United Kingdom: Faced with social protest, the Sunak government is accused of wanting…

Nigerian senator on trial in London in organ trafficking case