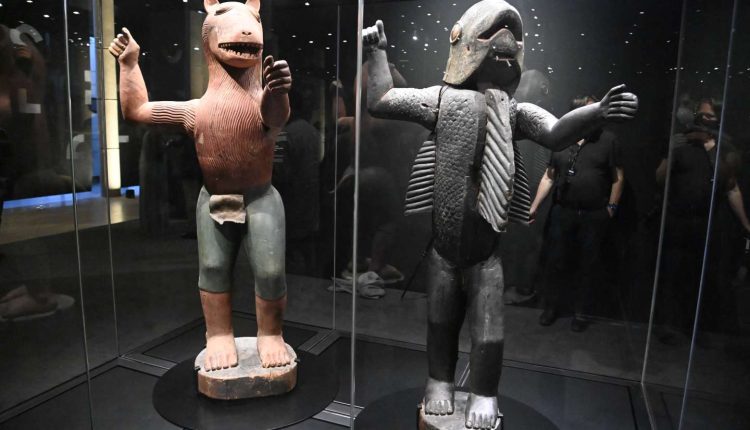 During its speech delivered to an audience of students from the University of Ouagadougouin Burkina Faso, on November 28, 2017, President Emmanuel Macron had aroused the surprise by wishing that, “within five years, the conditions will be met for the temporary or permanent restitution of African heritage in Africa”. With this in mind, two researchers – the Senegalese writer Felwine Sarr, economist and professor at Gaston-Berger University in Saint-Louis (Senegal), and Bénédicte Savoy, French art historian at the Technical University of Berlin – had been asked to write a report.

Awarded at the end of 2018, after extensive consultation with experts and political actors in France and in four French-speaking African countries (Benin, Senegal, Mali, Cameroon), the “Report on the Restitution of African Cultural Heritage. Towards a new relational ethics » draws a damning conclusion. The epigraph, borrowed from a letter from the writer Michel Leiris to his wife, dated 1931, sets the tone: “We pillage Negroes, under the pretext of teaching people to know and love them, that is to say, in the end, to train other ethnographers, who will also go and ‘love’ them and plunder. »

First observation, almost all (90% to 95%, according to estimates) of the material heritage of African countries located south of the Sahara is outside the African continent, made inaccessible to African youth to the point that“it often ignores its richness and potential, if not its very existence”.

Relying in particular on inventories configured according to the needs of the mission, intended to grasp the quality, quantity and exact provenance of the African collections of the pieces kept at the Musée du quai Branly, in Paris, the researchers conclude that all cultural property obtained during the colonial period – whatever the conditions of these acquisitions (spoils of war, thefts, scientific missions, Christianization efforts of Catholic or Protestant missionaries, etc.) – fall within the scope of spoliation because of the unequal relations between the parties , and advocate their restitution. Even after independence, many of the pieces included in museum collections come from the wars of conquest and periods of domination, after passing through the art market or in the families of the officers who brought them back.

This report has drawn strong criticism. Stéphane Martin, at the time president of the Quai Branly, then defended the concept of“universality” art and denounces “a cry of hatred against the very concept of museum, considered as a Western invention, as an almost criminal place in which objects are plucked, stripped, where their magic is removed”. In circles linked to the French art market and museums, many fear that the return of African works will cause a “drawing of air” which would empty the French collections, and are worried about the conditions of conservation of fragile objects. by States considered unstable and whose museographic resources are insufficient.

You have 57.17% of this article left to read. The following is for subscribers only.

United Kingdom: Rishi Sunak dismisses one of his ministers because of his tax…

Air transport: Flybe ceases its activity and cancels all its flights

UK car manufacturing at lowest since 1956

In the UK, the Conservatives mired in a series of scandals