Organization Islamic State: the fourth alleged member of the cell of the “Beatles” arrested in London will appear in court 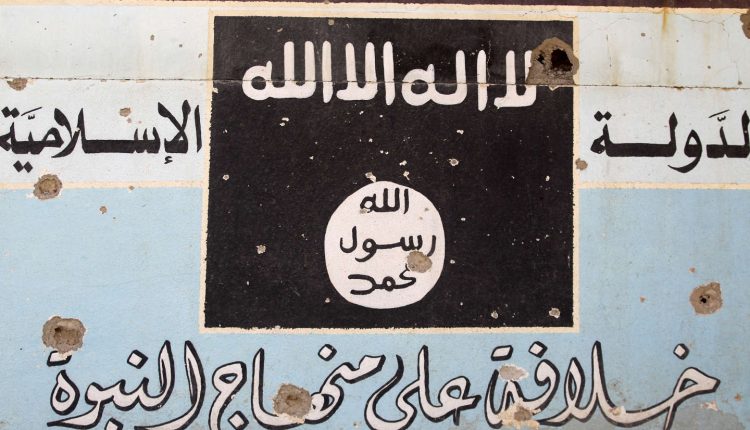 One of the alleged members of an Islamic State (IS) kidnapping group, dubbed the “Beatles” and specialized in the capture, torture and execution of Western hostages, is due to appear in court on Thursday British, just after his arrest on British soil.

Arrested at London Luton Airport on Wednesday evening from Turkey, Aine Leslie Davis, 38, is due to appear in court at Westminster Magistrates Court on Thursday morning, London police said. He was charged with terrorist financing offenses dating back to 2014 and possession of a firearm dating back to 2013-2014 “for purposes related to terrorism”said a spokesman for the prosecution.

Read also Article reserved for our subscribers Death of the head of the Islamic State organization: an operation studied “for a long time” by the United States against a leader who remained discreet

According to the British counter-terrorism prosecution, the man was expelled by the Turkish authorities. Following an arrest warrant issued in January 2015 by the British courts, he was arrested in Turkey in November 2015. He has since been imprisoned there as part of his sentence by a local court to seven and a half years in prison. prison for terrorist offences.

The four members of the “Beatles”, where Davis would be “Paul”, and thus nicknamed by their hostages because of their British accent, are accused of having kidnapped at least 27 journalists and humanitarian workers from the United States, the United Kingdom United, Europe, New Zealand, Russia and Japan.

They are also suspected of having tortured and killed, by beheading, American journalists James Foley and Steven Sotloff, as well as aid workers Peter Kassig and Kayla Mueller. IS had released propaganda videos showing their executions on social media.

The best known of the group, Mohamed Emwazi, alias “Jihadi John”, was killed by an American drone in Syria in 2015. The other two jihadists in this cell, Alexanda Kotey (38, “Ringo”) and El-Shafee El -Sheikh (34, ‘George’), former British nationals, were arrested in January 2018 by a Kurdish militia in Syria and handed over to US forces in Iraq before being sent to the UK.

They were finally extradited in 2020 to the United States, to Virginia, on charges of taking hostages, conspiring to kill American citizens and supporting a foreign terrorist organization. In April, Mr. Kotey pleaded guilty to his involvement in the kidnapping and death of the four American hostages and was sentenced to life in prison. El-Shafee El-Sheikh was also found guilty. He faces life imprisonment, and will face his sentence next week.

“They saw themselves as the special forces of the caliphate”

In 2014, Aine Leslie Davis’ wife, Amal El-Wahabi, became the first person in the UK to be convicted of funding IS jihadists for trying to send 20,000 euros to her husband in Syria. During her trial, after which she was imprisoned for twenty-eight months, her husband was portrayed as a drug trafficker before his departure for Syria.

The “Beatles” had acquired a solid reputation for cruelty, synonymous with prestige in the ranks of the IS. “They saw themselves as the special forces of the caliphate”explained to Agence France-Presse at the end of 2020 the Frenchman Nicolas Hénin, held hostage by the four men between June 2013 and April 2014. He described “a tremendous amount of arrogance, a level of belief and disregard for facts and a detachment from violence that was quite staggering”.

According to the former French journalist, who became a consultant in anti-terrorism, the credit of their nickname, which comes under the “hostage survival reflex”goes to John Cantlie, war correspondent and “great rock’n’roll fan”.