Mick Lynch, the trade unionist who bursts the British screens 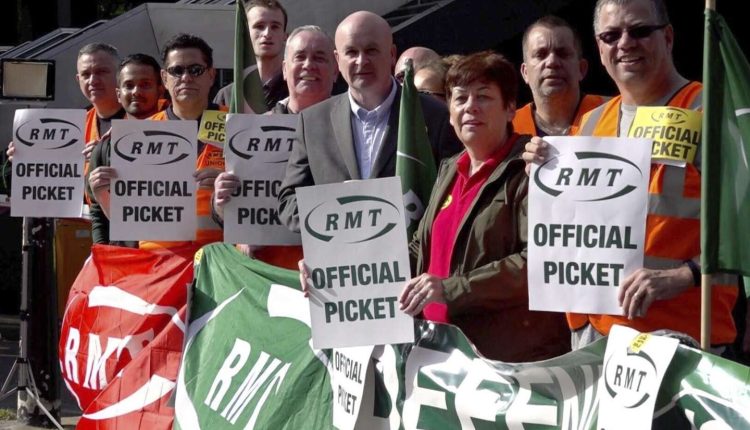 A great sense of repartee, a biting irony and a solid knowledge of the files: it only took a week for the Briton Mick Lynch, the general secretary of the transport union RMT (National Union of Rail, Maritime and Transport Workers) , to move from shadow to media light and become the darling of social networks.

This 60-year-old Londoner, from the Paddington district (in the west of the capital), was the main voice of the historic strike which paralyzed British trains for three days at the end of June – a mobilization never seen in thirty years in a country where the culture of work stoppages has been greatly lost, after the trauma of the Thatcher years. Live from the pickets, Mr. Lynch has been a guest of all the TV shows that matter: the BBC, Sky News or ITV. And he methodically unseated all his interlocutors, helping to entrench prejudices about activism and unions, which are clearly tenacious in the national media.

“Are you a Marxist or not? Because if you are, then your goal is revolution and the fall of capitalism! »challenges Richard Madeley, one of the hosts of “Good Morning Britain”, on ITV, on June 21. “How can you start an interview with such nonsense? », replies the trade unionist, chuckling. In the same vein – trade unionists are all potential and dangerous revolutionaries – Kay Burley, the morning presenter on Sky News, asks him insistently what his comrades on the picket line would do if the Johnson government recruited temporary workers to work instead of the strikers. “They will ask them not to go to work, that’s all. You don’t know what a picket line is? »replies blandly Mick Lynch, pointing behind him to a handful of colleagues in fluorescent jackets, rather harmless, posted flyers in hand at the entrance to Euston station (central London).

“Honestly, is that the level of your interviews? »

To Piers Morgan, controversial star of the British small screen, who spends two long minutes asking him why he chose the effigy of The Hood (the character of the villain in the animated series Thunderbirds) to illustrate his Facebook profile, Mick Lynch replies, incredulous: “Honestly, is that the level of your interviews? Don’t you think we’d better talk about the background rather than a puppet? » And when he is questioned on the merits – this has nevertheless happened to him in recent days –, the trade unionist relays with conviction the message of his colleagues: the restrictive working conditions, their continued presence during the pandemic and the necessary salary increases, so that inflation reached 9.1% in May over twelve months.

You have 56.17% of this article left to read. The following is for subscribers only.