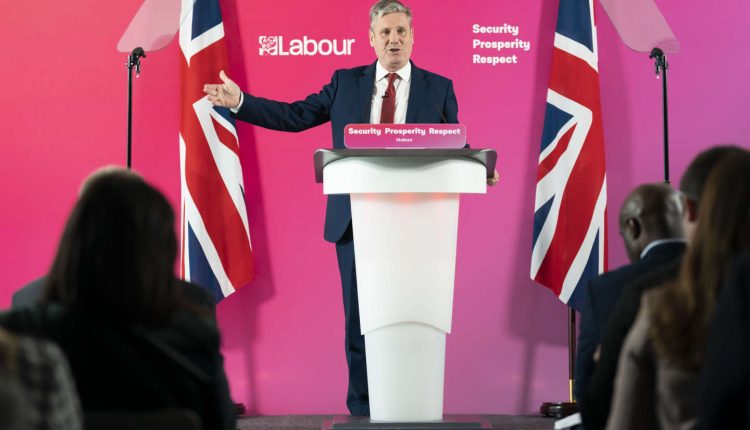 Liz Truss loves it. The British Foreign Minister, favorite to replace Boris Johnson, presents herself as the heiress of Margaret Thatcher. While a big train strike is planned in the United Kingdom, Saturday August 13, and the country is experiencing a “summer of discontent”she could not miss the opportunity to go to the front.

” [Si je deviens première ministre], I will attack [aux syndicats] with an emergency law that will make it harder to paralyze cities with strikes”she wrote, Monday, August 8, in a forum at theEvening Standard. She promises to introduce a minimum service obligation for all “essential national infrastructure”. “It is unacceptable for the public to be held hostage by militant unions, she explained on July 27. (…) I’m on the side of people who work hard, go to the office, want to run their businesses. »

Read also: Article reserved for our subscribers In the UK, a “summer of discontent” brings people to the streets

Before almost disappearing from the political landscape, Boris Johnson also regularly attacked the unions. On June 20, he proposed to authorize the use of temporary staff to replace the strikers. This is a gesture that “even Margaret Thatcher would not have dared to do so”, reacted the Trades Union Congress, the main British trade union confederation. The idea disappeared at the same time as the outgoing head of government.

While there is nothing particularly surprising in seeing the leaders of the British Conservative Party vilifying the unions, the attitude of the Labor opposition is more surprising. Keir Starmer, the Labor leader, banned members of his “shadow cabinet” from appearing with the strikers. The trade unionists, despite relative popular support, have no major party behind them.

The watchword of Mr. Starmer nevertheless causes controversy within his training. On July 27, Sam Tarry, the “shadow minister” in charge of transport, appeared alongside the striking railway workers and gave an interview on television. Mr. Starmer immediately fired him. ” He is right “said on August 2, in a grandstand at Guardian, John McTernan, who was operations director under Tony Blair (1997-2007). According to him, such open militancy would be “a throwback to the 1970s, which sends the message that MPs want Labor to be just a protest party, not a power party”.

Not everyone is convinced by this argument. Lisa Nandy, an influential member of the “shadow cabinet”, responsible for inequalities, also went to see the strikers, in this case those of BT, the former British Telecom. However, she did not give an interview or make a big statement, which saved her from losing her job.

You have 29.65% of this article left to read. The following is for subscribers only.