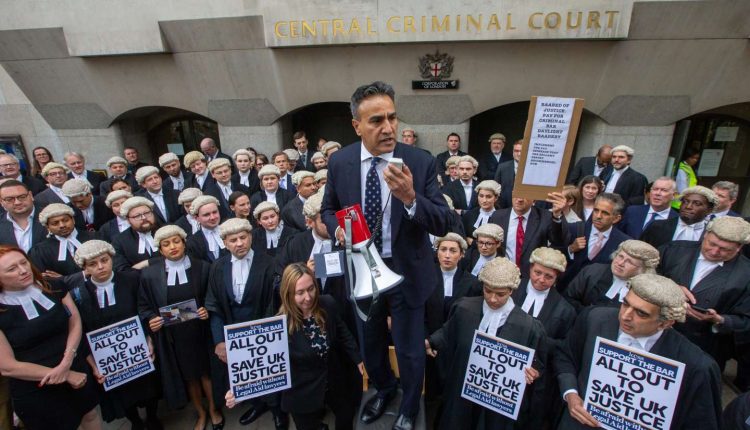 The anger finally overflowed, Wednesday, August 3, in the Amazon warehouse in Tilbury, east London, when the management announced the offer made to the employees: 35 pence (41 euro cents) additional for the basic handlers, bringing their salary to 11.45 pounds (13.55 euros) per hour. That is a 3% increase, while inflation in the United Kingdom reached 9.4% in June.

Read also: Article reserved for our subscribers Transport: the United Kingdom fears a “summer of discontent”

This news caused a stir in the company canteen. Videos posted on social networks show executives trying to appease the ambient anger. In vain. A large part of the employees refused to return to their posts, which disrupted the operation of the warehouse for forty-eight hours. The tension spread and wildcat strikes briefly reached the Coventry and Bristol sites.

“People are in such tight financial situations…I see so much desperation, explains Steve Garelick, representative of the GMB union, who is monitoring the situation on site. So when they are offered 35 pence, of course they are angry. » He delivered a letter to the e-commerce giant’s UK headquarters calling for basic wages to be raised to £15 an hour. Amazon responds that it has “increased wages to a minimum of between £10.50 and £11.45 per hour, depending on location, which represents a 29% increase since 2018”.

The case of Amazon is symptomatic of a movement of social discontent as broad as it is unprecedented across the Channel. On Saturday August 13, nine train companies – the bulk of British trains – will be on strike. This is the fourth time since June 20 that the rail system has been grounded, with two unions alternating walkouts. These also took place on buses, the London Underground, some universities, pubs, as well as at BT (formerly British Telecom).

Even the lawyers have been protesting since the end of June, going on strike every other week, in order to obtain a rise in fees for court-appointed cases. “It’s the summer of discontent”believes Mr. Garelick, a term that echoes the winter of discontent of 1979, when the country was paralyzed due to work stoppages both in factories and on the side of garbage collectors or gravediggers.

“The unions have been brought to their knees”

It’s only a beginning. Postmen and dockers have announced strikes for the month of August. On Tuesday August 9, the Royal College of Nursing, the nurses’ union, for the first time in its history more than a century, recommended to its members to stop work, as part of a movement which should take place in October . National education is also preparing social actions in the fall.

You have 61.99% of this article left to read. The following is for subscribers only.