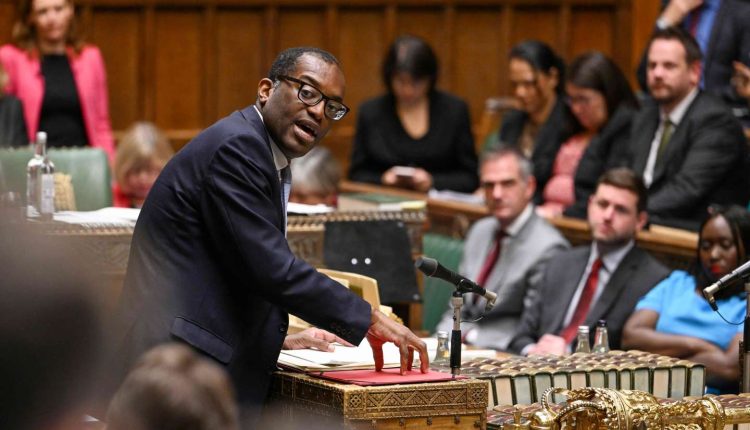 The British government announced on Friday, September 23, a budgetary electroshock intended to “break out of the vicious circle of stagnation to move into the virtuous circle of growth”. He decided on both the biggest tax cut in fifty years and a sharp increase in spending, in order to freeze the energy bills of households and businesses.

At the same time, it provides for a series of structural reforms: suspension of the moratorium on hydraulic fracturing, cancellation of the cap on bankers’ bonuses, simplification of authorizations for building permits, etc. “It’s the start of a new era”, boasted Kwasi Kwarteng, the Chancellor of the Exchequer. Its stated objective is to boost growth, to reach a cruising speed of 2.5% per year, against approximately 1.5% for the past fifteen years.

Read the analysis: Article reserved for our subscribers Brexit: six years of erosion of the British economy

“It’s madness”replied Margaret Hodge, Labor MP. “The Prime Minister and the Chancellor are like two bettors in a casino, trying to recover after a series of losses”, adds Rachel Reeves, in charge of the economy at the Labor Party. According to calculations by the Institute for Fiscal Studies (IFS), a think tank, these announcements will widen the deficit to 7.5% of gross domestic product (GDP) this fiscal year (April 2022 to March 2023), a level that was only reached during the Covid-19 pandemic and just after the great financial crisis of 2008.

The financial markets, which were also in sharp decline, reacted with great concern. British 10-year bonds suddenly rose from 3.5% to 3.8%, one of the strongest moves on record in just one hour. The pound fell 2.5% to 1.09 against the dollar, the lowest since 1985.

The new Prime Minister Liz Truss, in office since September 6, had campaigned all summer with Conservative activists promising tax cuts. But the importance of the announcements, while the country has been in a slight recession since April, surprised. It lowers social contributions, as well as income tax for the richest (which goes from 45% to 40% beyond 170,000 euros of income per year) and that of the middle classes (from 20% to 19% below 56,000 euros).

Corporate tax, which Boris Johnson’s government was to increase, will ultimately remain at 19%. Stamp duty on real estate transactions is also reduced. In total, this must cost about 1.5% of GDP. “This is the biggest tax cut since 1972”underlines Paul Johnson, the director of the IFS.

You have 56.29% of this article left to read. The following is for subscribers only.

In the UK, a family’s fight against internet giants after the death of their…

In Birmingham, at the Conservative Congress, the revolt rumbles against Liz Truss

“Behind the financial crisis in the United Kingdom, the shadow of a Brexit that…

In the UK, Liz Truss admits communication errors on her budget announcements

In the UK, environmental activists are mobilizing against the plans of Liz Truss