Ukraine: concern and diplomatic maneuvers after a week of fruitless talks 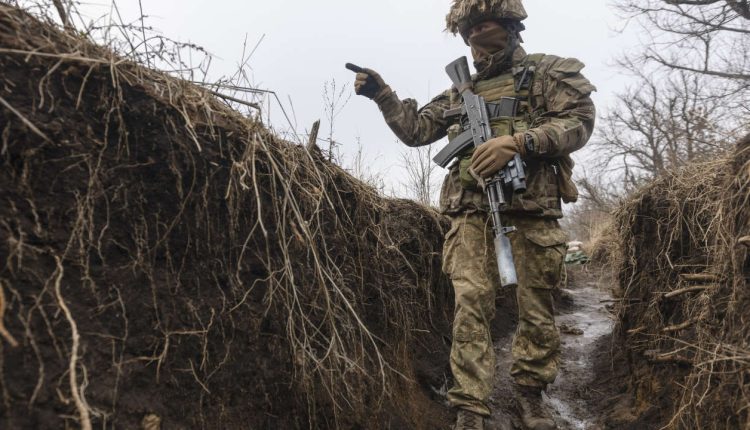 At the end of a week of fruitless discussions between the United States and Russia, the tension is far from having subsided in Ukraine, Friday January 14.

The United States on Friday accused Moscow of stationing agents in Ukraine to carry out an operation that could serve as the trigger for a real invasion on its part. “Russia is laying the groundwork for the possibility of fabricating a pretext for an invasion, including through acts of sabotage and information operations, by accusing Ukraine of planning an imminent attack against Russian forces. in eastern Ukraine », said White House spokeswoman Jen Psaki, detailing to the press the information Washington says it has. Ukrainian military intelligence on Friday issued a similar warning.

The US government has been warning for several weeks against the possibility that Moscow, which it accuses of having deployed nearly 100,000 soldiers on the Ukrainian border for a potential offensive, is manufacturing a ” pretext “ to be able to take action. National Security Advisor Jake Sullivan to the President of the United States, Joe Biden, said so again Thursday to the press, promising details. “We saw this strategy in action in 2014”, when Russia annexed Crimea from Ukraine, “they are preparing this strategy again”, warned Mr. Sullivan. “So far, all these statements have been gratuitous and were not supported by any evidence”, Kremlin spokesman Dmitry Peskov told the official TASS news agency.

For its part, the North Atlantic Treaty Organization (NATO) has announced its intention to sign an agreement with Ukraine on strengthening their cooperation against cyberattacks, at a time when several Ukrainian ministries were the target of extensive hacking.

Russia said on Thursday that its efforts to convince the West to prevent NATO’s eastward expansion, including through the integration of Ukraine, had led it to a impasse and threatened to draw the consequences, without specifying the nature.

Read also Article reserved for our subscribers Hybrid warfare, the war before the war

For his part, the Ukrainian President, Volodymyr Zelensky, is trying to regain control in the negotiations. He proposed a meeting to defuse the crisis on the border between his country and Russia, one of his close advisers said on Friday. “President Zelensky has proposed to President Biden, and we think it can be done, to arrange a trilateral meeting, possibly by videoconference, between President Biden, President Zelensky and President Putin”, said the head of the Ukrainian presidential office, Andrii Iermak, during an event organized by the American think tank Atlantic Council. “We are still awaiting the response from the Russian side, but our American partners have welcomed our proposal with some interest”, he explained.

“I think it’s a proactive position, involving Ukraine in the negotiation. If it is to discuss the security architecture in Europe, it is necessary to involve Ukraine”, he still estimated. The Ukrainian head of state had already called on Tuesday for a quadripartite summit with Moscow, Paris and Berlin to “end the conflict” with the pro-Russian separatists in the east of his country.

German Foreign Minister Annalena Baerbock will travel to Kiev on Monday, where she will meet in particular with Volodymyr Zelensky, then the next day to Moscow, for a meeting with her Russian counterpart, Sergei Lavrov.

“We will make a joint visit to Ukraine in the coming days (…) on the line of demarcation” between pro-Russian separatists and Ukrainian forces, announced for his part Jean-Yves Le Drian, head of French diplomacy, during a meeting of foreign ministers of the European Union in Brest. This joint visit is scheduled ” at the beginning of February “, said a French diplomatic source.