Turkey’s strikes against the Kurds: “Erdogan has the backing of neither the Russians nor the Americans” 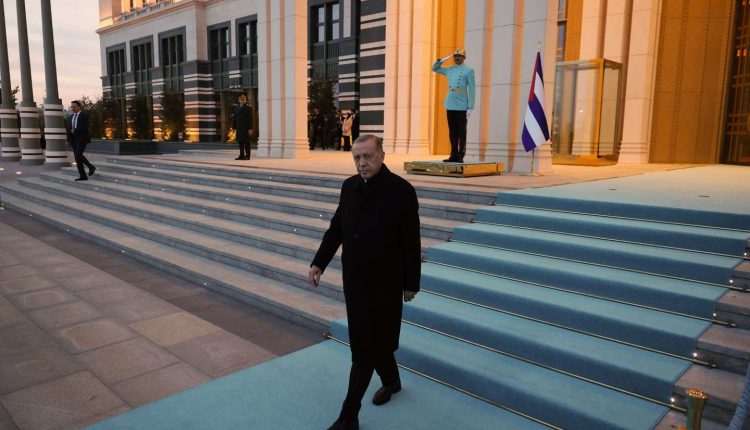 Military tension is not abating in northern Syria. Turkey continued, Thursday, November 24, its strikes against Kurdish fighters aimed at defending its southern border. Its artillery hit, according to independent Syrian and Kurdish sources on the spot, the Kurdish forces responsible for guarding the Al-Hol camp, which houses relatives of members of the Islamic State (IS) organization, and the prison where they are jihadist detainees.

Turkey launched Operation “Sword Claw” on Sunday, November 20, bombarding positions of the Kurdistan Workers’ Party (PKK) and the People’s Protection Units (YPG), the armed wing of the Democratic Union Party. (PYD) Kurdish in Syria, whose stronghold in Kobané was targeted. The Turkish government accuses these two movements of having sponsored the attack which killed 6 people and injured 81 on November 13 in Istanbul.

In an interview given to World, Didier Billiondeputy director of the Institute of International and Strategic Relations (IRIS) and specialist in Turkey, believes that the approach of the presidential election is one of the reasons why Recep Tayyip Erdogan is seeking to position himself as “the only one capable of fighting against threats”.

In reality, there is hardly a week without low-intensity military operations opposing the Turkish armed forces to PKK groups. There is obviously a correlation between the recent strikes and the Istanbul bombing, for which Turkish officials immediately targeted the PKK. In the next twenty-four hours, there were a number of arrests, including that of a woman who is believed to have planted the bomb. Very quickly, confessions were attributed to her in which she says that she was recruited and trained by the PKK, in northern Syria.

Since then, the number 2 of the PKK has categorically denied any involvement. One of the YPG officials said the arrested woman had three brothers who belonged to the Islamic State organization, who were killed. We can see that it’s the war of press releases, as usual. This is always the problem in this type of terrorism case: because of the psychological warfare, the propaganda warfare, it is difficult to disentangle the true from the false.

Is this hardening of Erdogan against the Kurds linked to the approach of the presidential election in 2023?

I’m not saying it’s the main determinant, but for months Erdogan has been constantly reminding us that he is the only one capable of fighting against the threats that are crystallizing around Turkey. Even though the election is only six months away, the polls are not good. The game is far from won, especially since the economic situation is catastrophic. Erdogan is trying, including through his military operations, to bring the most nationalist section of the electorate back to him. When it comes to hitting the Kurds, they always respond.

How do Washington and Moscow view the Turkish military operation in Syria?

Erdogan does not have the backing of either Russia or the United States. He understands very well that he is at the center of a diplomatic game, in which he is not doing too badly, and has no desire to burn his ships by colliding head-on with the Kremlin. However, after the attack in Istanbul, it is very likely that we will see a ground operation in the days to come.

Until now, Erdogan had agreed to postpone his military operation because Vladimir Putin is keeping an eye on Syria. The Russian president remains an unconditional supporter of Bashar Al-Assad and wants to do everything to prevent the fighting from resuming, but the situation in the country is infinitely volatile. It is very important for Putin to prove that he is faithful to his alliances, that he does not let people down along the way, “unlike Americans”, as he often repeats. More broadly, the states of the region are not at all on the line of Westerners regarding the conflict in Ukraine. For example, none apply the sanctions. Putin does not at all want to see his ties weaken with these points of support.

As for the Americans, they support the YPG because they consider that these militias have been decisive in the fight against IS in Syria.

Erdogan is hitting his Kurdish enemies in Syria as Tehran bombarded Kurdish forces in northern Iraq accused of fueling riots in Iran. Is the Turkish leader looking to take advantage of a windfall effect?

I don’t think there is a phenomenon of opportunity, because the targets are not the same. The Iranians targeted bases of the Democratic Party of Kurdistan of Iran (PDKI) and the Komala party. There is a conjunction in time of the bombardments of Ankara and Tehran, but they do not target the same sites and do not have the same reasons.

The political dynamics diverge between the Kurds of Syria, Iraq, Iran or Turkey. For example, the PKK is nationalist and Marxist, while in Iraq the Democratic Party of Kurdistan (PDK) is rather a patriarchal, feudal regime. What its leader, Nechirvan Barzani, is looking for is stability in the north of the country, the autonomous region where he is in power. For him, the PKK is an obstacle to going around in circles. So he rather welcomes the Turkish military operations, even if he can’t say it too loudly.

The Kurds of these four countries have experienced different methods of political mobilization and training, because they are in different contexts. Of course, there are commonalities between these groups. But, politically, there has never yet existed a unitary movement going towards the same objective.

Read also: Turkey launches a new offensive against the PKK in Iraq