“Today’s Kremlin retains the imprint of Leninism and Stalinism” 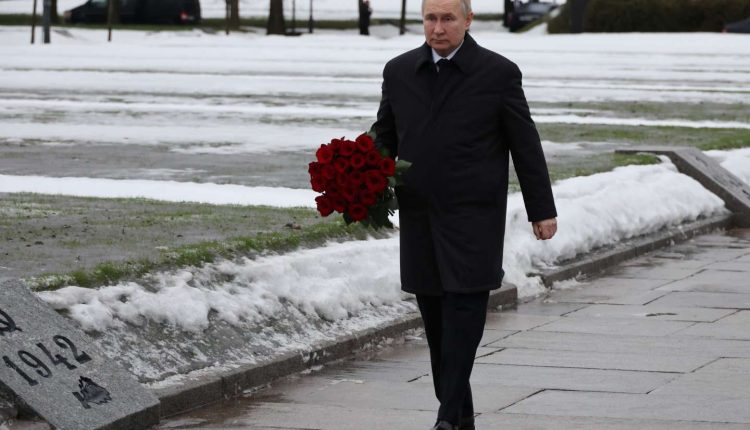 Bmany wonder whether or not present-day Russia is a continuation of the former USSR. In the already distant time of perestroika, some people quickly concluded that the USSR was over, and were annoyed that people continued to talk about the gulag – what was the use of these repetitions? The gulag and its “archipelago”, it was over, sunk into the past. However, Svetlana Alexeievitch, in The End of the Red Man (2013), rediscovered, among other things, the“Homo sovieticus” of yesterday under the citizen “ of today. What to think?

The Soviet period left several layers behind. We can, in broad strokes, count three of them: the last, which to simplify we will call “Brezhnev”, was a softened despotism, half moribund, although still capable of initiating a catastrophic “war of liberation” in Afghanistan. Only the first two really count, those that have left indelible traces – as before, serfdom, established in the 16e century and considerably extended by Catherine the Great, especially in Ukraine. Thus, the friend of the philosophers, the model of the enlightened despot, was also a slaveholder.

The first layer corresponds to Lenin’s project. For the latter, the important thing was above all to defeat the bourgeois and their moderate socialist allies: his most astounding decision was to adopt extreme defeatism during the First World War, from August 1914, when a brief hysteria was unleashed in Russia. anti-German – which even produced a few poems signed by Vladimir Mayakovsky. This fanatical defeatism of Lenin disconcerted many Bolsheviks, especially those who remained inside the empire. After which, it is a question of winning the civil war at all costs, which was done by Trotsky, with his armored train. It took three years, from 1918 to 1921, with the Tambov peasant revolt. On both sides, fuel for this civil war was fanaticism – let’s not try to minimize the Bolshevik faith, of which the normalien Pierre Pascal is a fine example: a French officer, he chose in 1918 to stay in Russia, founded the French Communist Group in Moscow, worked for the International and saw in Russian communism a return to the first Christian community of Jerusalem, egalitarian and collectivist.

This faith was the engine of a cruelty which rages on the two sides, the essential being the result. Ceding Ukraine in the separate peace treaty between Red Russia and the Triple Alliance powers on March 3, 1918 was not a problem for Lenin. All the families were divided: Leonid Leonov, Boris Pilnyak, and all the Soviet literature of the 1920s tell the story of this tear between enemy brothers; the vanquished can and should only survive with the intimate acceptance of defeat, as in The Defeated, by Irina Golovkina. The intimacy of war was embedded in everyone. Andrei Platonov, author of Chevengurmade the most extraordinary illustration of it, intimately mixing anarchic utopianism and cruelty.

You have 53.82% of this article left to read. The following is for subscribers only.