The West resolves to deliver heavy tanks to Ukraine 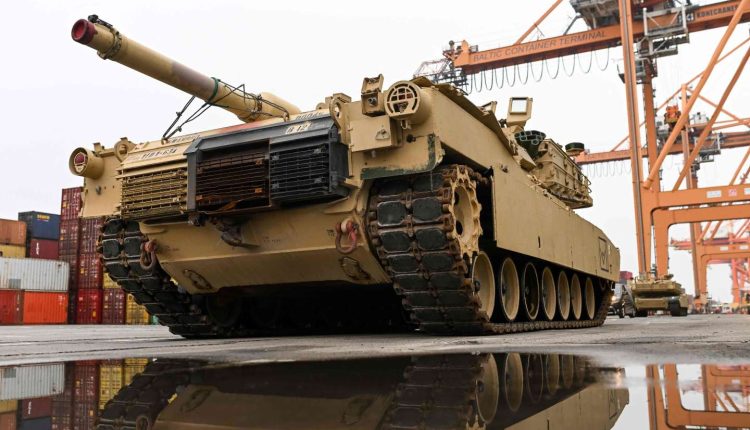 After weeks of hesitation, Ukraine’s allies have finally decided: several dozen Western combat tanks will be sent in the coming months to the forces in kyiv, to enable them to resist the assaults of Russian troops, and above all take the initiative again in the spring, when the weather conditions will be favorable to new mechanized manoeuvres. The announcement was to be made on Wednesday, January 25, by the United States and Germany, who managed to agree on a coalition, despite significant initial differences.

According to several American media, confirmed by European sources, Washington was to formalize the delivery of around thirty Abrams M1 model tanks on Wednesday. This announcement would constitute a shift in the American position and a disavowal for the Pentagon. According to Wall Street Journal, US President Joe Biden reportedly made the decision following a Jan. 17 phone call with German Chancellor Olaf Scholz. This equipment should be acquired through a specific program of security assistance to Ukraine, without drawing on the current stocks of the United States army.

Read also: Western tanks in the war in Ukraine: what is their role and their true tactical utility?

For its part, Germany should deliver a limited number of Leopard 2 tanks to Ukraine and, above all, authorize other countries that have them to do the same, in particular Poland. According to the weekly Der Spiegel, which revealed the information on Tuesday at the end of the day, this decision could be officially announced on Wednesday by Olaf Scholz, during an intervention before the Bundestag at midday. According to the German magazine, Berlin would intend to send at least fourteen Leopard 2 tanks taken from the stocks of the Bundeswehr, which has about 320 in total, but of which only 200 would be operational.

Until recent days, however, the United States had been reluctant to send heavy armor to Ukraine. Difficult to maneuver, complicated to maintain, greedy in fuel, the Abrams would be a poisoned gift for the forces of kyiv, further explained Colin Kahl, the number three of the Pentagon, on his return from a trip to Ukraine on January 18. “The Abrams tank is no more difficult to use than a Leopard or a Leclerc, but its turbine consumes twice as much as the diesel engines of its competitors, which imposes much greater refueling logistics”confirms Marc Chassillan, engineer and specialist in land armament.

You have 69.14% of this article left to read. The following is for subscribers only.